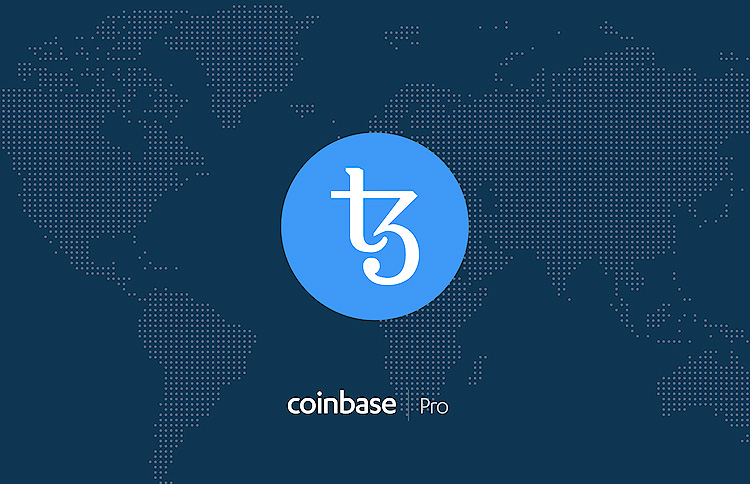 This came after Coinbase announced they will begin to offer trading of Tezos on its Coinbase Pro platform, with the introduction accepting inbound transfers of XTZ to Coinbase and Making it available to users across all their supported jurisdictions in the US (barring New York), along with all of their other worldwide territories.

Shortly after opening up XTZ deposits on Coinbase trading on the XTZ/USD, and XTZ/BTC order books the price of Tezos spiked to a high of $1.88.

It was soon apparent that the opening of trading on Coinbase had caused the Tezos price to rally by an impressive 24%, hitting a 7 day high of $1.24. However, less than an hour later more surprises were to follow as the XTZ trading volume hit $300,000 on Coinbase Pro and the trading price was just a few cents away from hitting $1.90!

But the XTZ trading rally wasn’t a sustained one as the Tezos token saw a minor Tezos price correction with the price at $1.45 at the time of writing.

It’s starting to look like the Tezos project is certainly going to be a force to be reckoned with, especially in the Tezos vs Ethereum debate. Coindaily suspects this is just the beginning of much greater things to come.

How Coinbase Pro intends to stage the Tezos (XTZ) launch

Coinbase have outlined on their web blog that they intend to launch XTZ in four separate stages, with the caveat that each stage will be brought online independently for each new order book.

As seen below Coinbase Pro have outlined how they will roll out each stage:

“There will be four stages to the launch as outlined below. We will follow each of these stages independently for each new order book. If at any point one of the new order books does not meet our assessment for a healthy and orderly market, we may keep the book in one state for a longer period of time or suspend trading as per our Trading Rules.”

We will send tweets from our Coinbase Pro Twitter account as each order book moves through the following phases:

As we wrote a few weeks ago we strongly believe that Tezos token could hit at least $5 in 2019.

Coinbase already had a solution for institutions to participate in the Tezos ecosystem, while still storing their funds offline, encouraging institutional investment in Tezos.

Adoption of Tezos as a blockchain to build Dapps and smart contracts are appearing, pushing prices towards new highs and legitimizing its potential as a platform blockchain competitor to Ethereum.

Unlike other cryptocurrencies, most of XTZ’s value is being driven by increased adoption and utility and this listing on Coinbase Pro is just another step in the road towards Tezos taking second spot behind Bitcoin.