Tezos Token Price Shows Strong Growth and Could Hit $5 in 20... 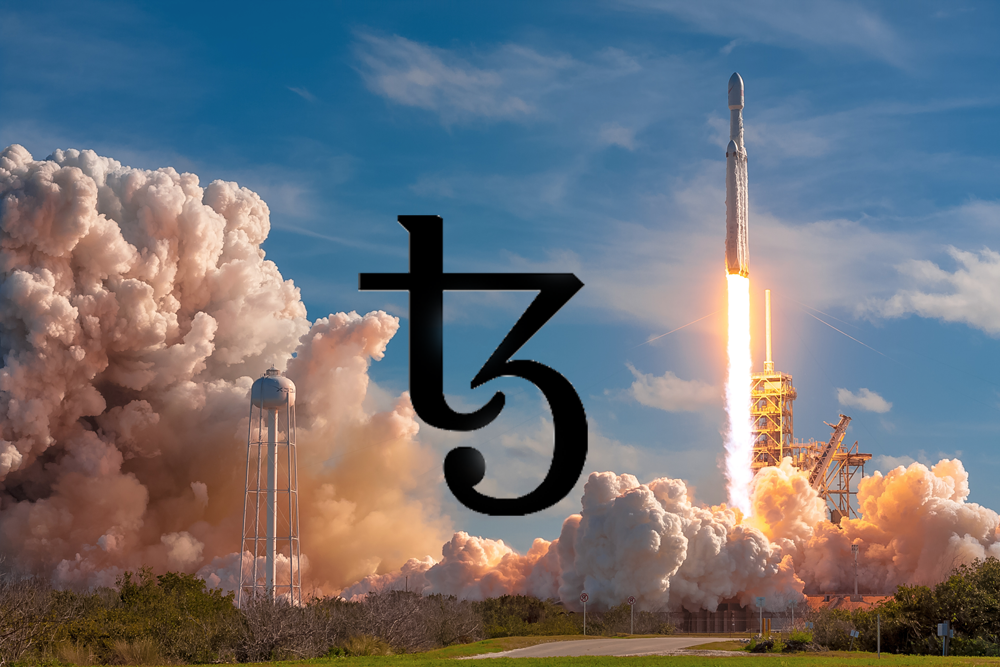 When it comes to the current Tezos token price and the direction it seems to be heading, the future is looking bright. Tezos (XTZ) is a blockchain platform designed to support an ecosystem of smart contracts and decentralized applications. The Tezos successfully launched in September 2018. The network’s first self-amendment protocol, Athens, is due to launch in June. Tezos price analysis points to continued strong growth in 2019 and beyond.

The current Tezos price at the time of writing is around $1.60 global spot price and currently occupies the 16th position on the market cap table.

Blockchain-based crypto assets benefit from network effects (security, immutability, number of users). Therefore network and user splits due to hard forks have been lowered the value of these (existing and post-fork) projects. The Bitcoin Cash, Bitcoin SV, and Ethereum Classic forks are examples of this.

Instead of forking, Tezos aims to always coordinate discussions around the one chain, implementing the highest quality updates for it as they become available.

Making changes to the Tezos network is implemented via a multi-stage voting process that takes 3 months to complete.

When the Genesis block was issued in June 2018, 608 million XTZ were distributed. The remaining XTZ was released to governance participants at an inflation rate expected to be around 5%. There is no limit on supply.

Tezos operates using a proof-of-stake model for network transaction activity and governance. Owners of XTZ can stake their tokens to become a delegate or delegate their tokens to a delegate. Their XTZ holdings will grow with inflation at a ~5% rate, otherwise, they become diluted.

If a user elects not to stake, they won’t lose their tokens or miss out on profits because of external market-driven price movements, but they will miss the opportunity to make a passive return.

Staking creates an incentive for all holders to participate in network decision making. At present 81% of Tezos tokens are assigned for staking.

Delegates are Tezos accounts assigned the responsibility of managing a node and handling protocol amendments, software updates and patches. They pay a bond as security and need to own at least 10,000 XTZ to become a delegate or baker (making Tezos a PoS network). They also charge network users for their services as network amenders and block producers.

A user can also delegate their XTZ to a delegation service, a network operation in itself, and still receive the inflation benefit. The users retain the right to their tokens during delegation, and value is added to a delegates pool.

Protocol amendments are adopted over election cycles every 131,072 blocks, or approximately every three months.

Delegates need to become bakers first. Bakers are the network’s block producers and are randomly assigned to the Tezos network to mine on it and verify transactions.

A group of 32 randomly selected nodes become endorsers, and vote on the validity of blocks. Bakers provide a bond, like delegates, which is lost if they attempt any malicious activity (i.e.publishing empty blocks).

Block rewards are dependent on the inflation rate, which relies on the number of tokens staked, while Endorsers receive two XTZ per block they endorse.

Coinbase Custody is designed to provide a trusted partner to manage and store crypto assets on behalf of its clients. The Coinbase Tezos solution has gained interest because it offers offline staking and governance participation.

Proof-of-stake blockchains are very attractive investments for institutional investors because they offer passive income for completing simple tasks such as voting.

After fees, Coinbase says clients will earn about 6.6 percent annually. The estimated average yearly return for Tezos is 7.09%. The site also rates Tezos staking ‘complexity’ (maintenance and cost) as ‘easy’, the reward rate (ROI & stability) as ‘good’ and the ‘risk rate’ (market cap & liquidity) as ‘stable’.

Tezos staking solutions are also offered by the Binance backed Trust Wallet. XTZ is not yet available for trading on the Binance exchange.

The recent strong increase of Tezos price has coincided with the beginning of the network’s self-amendment procedure Athens A. The process for the potential implementation was first proposed on February 28. Athens has now passed the exploration and testing phases and is now close to passing the final stage.

During the initial ‘Exploration’ phase, bakers cast a ballot of ‘yay’, ‘nay’, or ‘pass’. For the vote to succeed and move to ‘Testing’, a quorum requirement (minimum number of bakers participating in consensus) must be met. At least 80% of the total ballots possible must be cast. If 80% participated by casting a ballot, then of those that did cast yay or nay, the yay must have at least 80% supermajority.

During the testing period, there is no voting. Following testing the protocol moves to the final ‘Promotion’ period which once again follows a similar voting process to ‘Exploration’, with bakers again casting yay/nay/pass ballots with the same requirements. If this succeeds, at the end of the promotion period, the Tezos nodes switch over to the new protocol code.

It appears that Athens will successfully move through the promotion period and the protocol changes will be implemented. Nomadic labs, the Tezos blockchain development team, will increase in disk space when they switch from the old chain to Athens.

Athens will include two changes

The first change increases the Gas limit on the network, which would likely result in more transactions and complexity in each block but this leads to greater CPU usage requirements for nodes. The update will likely increase the fees earned but also paves the way for more complex Dapps to be built on Tezos.

The second change will reduce the amount required to bake from 10,000 XTZ to 8,000 XTZ. This would reduce the minimum investment required to participate directly in network consensus and should push for more holders to solo-bake as opposed to delegating tokens.

The Tezos mainnet was only launched in September 2018, so data is limited and traditional metrics like NVT signal and PMR don’t work so well. But, network usage metrics do give indications of short term momentum within the Tezos blockchain.

The on-chain volume of XTZ shows that the bear market bottom may have been back in January 2019, rising since then in both XTZ and USD terms. This suggests growing momentum within the network. This coincides with price gains and major ongoing network updates.

The amount of Gas used by the network appears to be steadily increasing, another bullish sign.

Developer traction beginning to pick up

Within the Dapp and smart contract developer and user communities, there are signs that Tezos is beginning to gain traction. However, it has to be noted that platform blockchains like Ethereum, EOS, and Tron have a deeper base of projects and network usage.

However, there are recent signs that a new wave of Dapps may arrive shortly.

Aspencoin, a security token that represents partial ownership in the luxury St.Regis resort, announced it will switch from building tokens on Ethereum to Tezos.

On May 15th, it was announced that a Bangkok based securities broker had been given the green light to begin issuing tokenized real estate on the Tezos blockchain beginning in the summer of 2019.

Overall the future looks bright for The Tezos Token

The price of the Tezos token started 2019 in bullish mode and this has continued through Q2 2019. The gains have been backed by several key fundamental events, such as the Athens update, and Coinbase Custody product suite solution.

The Coinbase solution opens the door for institutions to participate in the Tezos ecosystem, while still storing their funds offline, an ideal and clever new development.

In the medium term, more adoption of Tezos as a blockchain to build Dapps and smart contracts will likely be needed to push prices towards new highs and legitimize its potential as a platform blockchain competitor to Ethereum. It appears most of XTZ’s current value has been driven by speculative assessments of future utility, but this has often been the case with cryptocurrencies, some with much less utility then Tezos.

The current technical indicators for XTZ are conflicted with both bulls and bears seeing positive elements. Noted trader and developer RomanoRnr has posted a very bullish chart where he believes that XTZ price could hit $5 in 2019.

A more conservative trader may wait to see near term support levels (Cloud and Fibonacci) hold before entering a long position. Successful maintenance of the Kumo breakout will yield Tezos token price targets of $1.68, $1.93 and $2.09 and ultimately $5 later this year.

Images courtesy of tzscan.io and tradingview.com

Participating in the IEO of CM..