The Swiss-Based Cryptocurrency Project, The Tezos Foundation Finalizes On The Day Of Its Long-Awaited Mainnet Launch 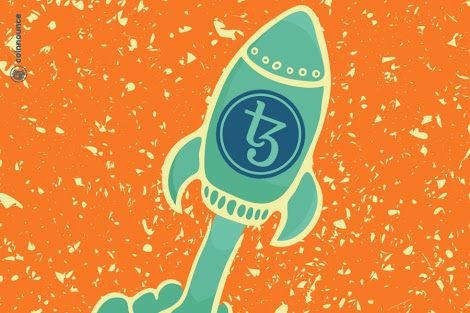 In a tweet released yesterday, September 14th, The Tezos Foundation Crypto Project announced to the public of its intention to launch its mainnet next week Monday.

However, the project have been running on its Beta phase for 3 months now, since June this year but the beta period of the network will officially be over, as the protocol will become a full mainnet, this coming Monday. That same month the company implemented a KYC/AML exercises for its contributors, unfortunately, the exercise was met with a negative reaction from the community.

The said project was said to have begun last year July when it first conducted an ICO exercise in which there were able to raise 66,000 BTC and 361,000 ETH worth around $232 million at the time.

The project also experienced so many misfortunes all these while as war broke out amongst 3 renowned staffs of the project firm. First, the dispute started between Arthur and Kathleen Breitman, the co-founders of the project and finally extended to Johann Gevers, controller of the raised funds. For these reasons and many others, the project experienced an indefinite delay and at the same made its investors and believers to lose faith in the project thereby, leading to a series of lawsuits against the company.

The project has been the subject of criticism ever since the completion of its ICO launch, what about the multiple lawsuit cases encountered by the project within these period, which suggested that the companies token be declared “securities” by the U.S. SEC which means registration with the SEC will be highly needed before the Tezos will be legally sold to investors.

In conclusion, it can be said that this project could be worth investing in, following the hard times and uncountable misfortunes faced by the project, it is still flourishing in success. Although, this is not a financial advise, all investors and speculators are adviced to carryout their own research before making any damn move.

Tim Draper Comes Up With Anoth..

Pegged to Fiat or not, Mainstr..