How Cryptos are Helping US Cannabis Industry

How Cryptos are Helping US Cannabis Industry 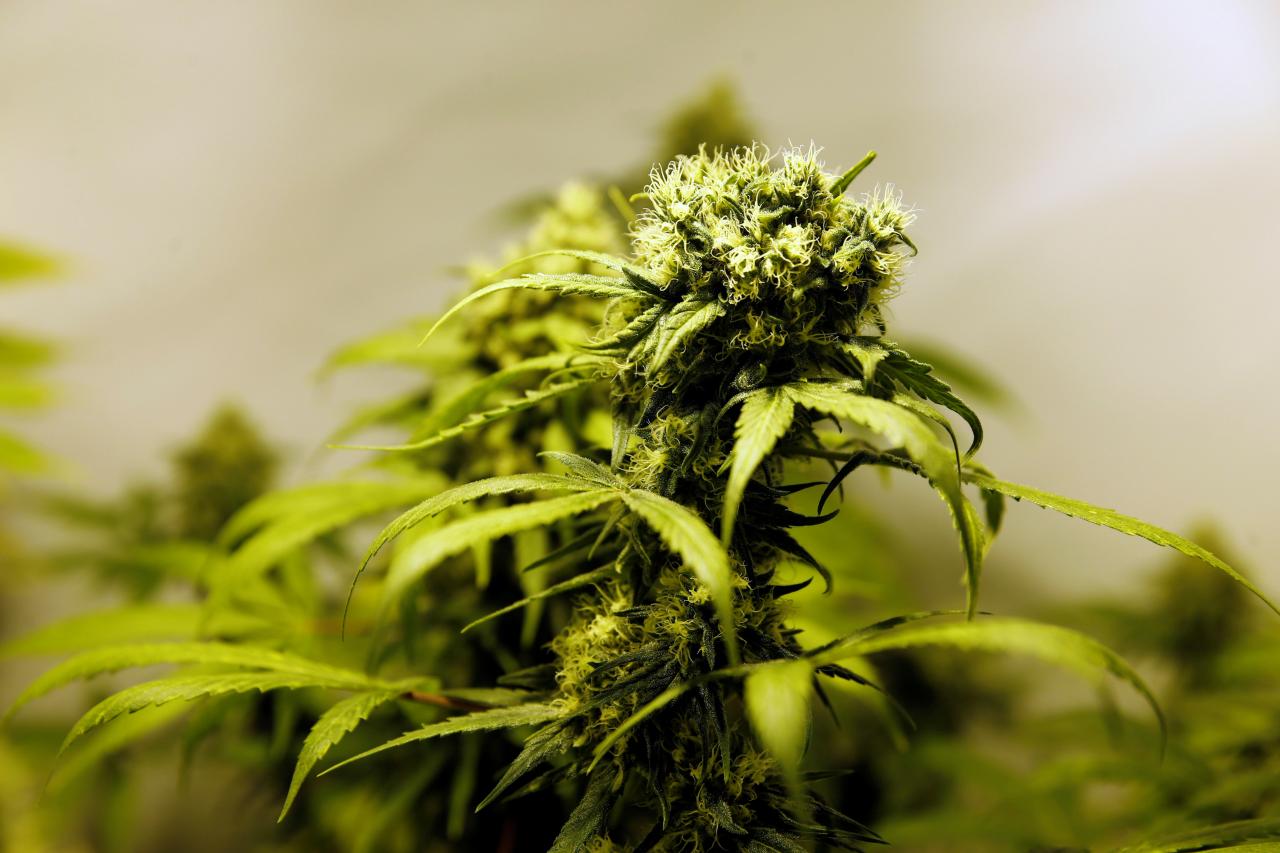 Alongside crypto, one of the top-performing assets in 2017 were marijuana stocks. Whereas the broad-based S&P 500 looks like flat compared to the growth in cryptocurrency valuations over the last year or two, some pot stocks have made incredible annual gains that come close to huge the gains in some digital currencies.

Cryptocurrencies are now making it easier for people in the marijuana business, or those who are looking to buy some weed, to carry out transactions. Cannabis is still illegal at the federal level, which poses a variety of challenges for any cannabis operations attempting to conduct financial transactions even in states that have legalised pot.

Not only that, carrying large amounts of cash poses huge security issues for dispensaries. However, cryptocurrencies are providing solutions to some of these problems and making it easier for cannabis related businesses to carry out transactions.

Cryptocurrencies are helping to shape a cannabis industry

One of the more universal issues that the cryptocurrency market and marijuana industry run into is that legacy financial institutions will not touch them. Banks have, in some instances, barred consumers from using debit and/or credit cards from purchasing pot even in states were it is legal.

This has led to the use of cryptocurrencies like bitcoin, being tested as an intermediary currency to allow consumers with debit or credit cards to legally purchase cannabis in dispensaries.

POSaBIT is one company in Washington state that is offering this intermediary service. Once a consumer decides on what goods to buy, he or she has a choice of paying with cash or bitcoin to complete the transaction. If bitcoin is chosen, the consumers’ credit or debit card will be charged for the amount of bitcoin needed to complete the sale. This bitcoin can then be exchanged with POSaBIT back into U.S dollars. POSaBIT charges a flat $2 per transaction fee. Meanwhile, the consumer gets a broader array of payment options, and the cannabis business broadens its potential customer reach by being able to accept plastic.

Funding can also be a major issue for cannabis companies. While publicly listed Canadian cannabis growers have been able to raise cash, small scale growers and retailers are not able to draw on the same funding route. U.S. financial institutions, fearing reciprocity from the federal government should they aid pot-based businesses, will not lend to the marijuana industry, or even allow them access to basic banking facilities like overdrafts, loans or even a checking account.

This is where ICOs can play a big role in providing funding. Some of the cash raised is being used to develop blockchain technology, while other recent ICOs, such as CannaSOS, are using their funding to create a completely new social network devoted to cannabis. While not all avenues of funding from traditional institutions are closed off, ICOs are providing a means to fill what gaps remain.

Blockchains themselves are also changing the face of the cannabis industry. Recently, Emerald Health Therapeutics (NASDAQOTH:EMHTF), a Canadian grower that has up to 5.8 million square feet of capacity, announced a joint venture with DMG Blockchain Solutions that will be known as CannaChain Technologies. This new company will focus on supply chain and e-commerce marketplace solutions for the cannabis industry.

While it’s clear that blockchain tech is still in its growing stages, as are ICOs and cryptocurrency intermediary services like POSaBIT,  they have the potential to profoundly influence the marijuana industry. The growth of digital currencies and the cannabis industry is one of those moments in history where two seemingly unrelated technologies and trends come together and lead to exponential growth for both.

While we are on the topic of Cannabis Industry and crypto, here are five cannabis tokens to watch out for:

Launched in January 2014, PotCoin was one of the earliest cryptocurrencies for the marijuana industry. It was designed to solve banking problems for people looking to transact in legal marijuana. The currency was looking to capitalize on Colorado’s legalization of marijuana and even installed a PotCoin ATM at a marijuana dispensary in Colorado. (Related: Pot Industry Turns to Bitcoin as Banks Snub Them)

However, the currency failed to make a huge mark and remained in the shadows till June 12, 2017. A press release and a video of NBA star Dennis Rodman sporting a potcoin.com shirt in North Korea gave PotCoin a shot in the arm. By funding Rodman’s trip, not only did PotCoin re-enter the media spotlight it was also up 76% in just one day, according to Coinmarketcap.com. Its current market cap is close to $66.7 million, a huge increase from $81,547 in February 2014. It currently sits at #200 in market cap ranking for crypto. As for price, in February 2014, 1 PotCoin was worth $0.004625, which has now increased to $0.379644.

PotCoin is in limited supply of, you guessed it, 420 million coins, with close to 217 million in circulation. With its recent transition to Proof-of-stake, investors can earn 5% annual returns on their PotCoins. One point to note is that PotCoin claims transaction speeds of 40 seconds, which are pretty impressive compared to those for Bitcoin.

Another currency that came into being in 2014, but just a few months after PotCoin was CannabisCoin. It is a proof-of-work, peer-to-peer open source currency and like Potcoin was aimed at easing transactions for medical marijuana dispensaries. While it initially gained popularity, it has generally failed to deliver much for investors.

Focusing on its market, CannabisCoin has proposition to convert cryptocurrency directly into marijuana. Under the name ‘CANNdy’ there is a line of medicines and marijuana strains grown of the specific purpose of exchange at the rate of 1 CannabisCoin to 1 gram of medication.

There are 91.8 million CannabisCoins with over 77 million in circulation. Currently, the currency has a market cap of $25.8 million, according to coinmarketcap.com.

In February 2014, DopeCoin was founded by Adam Howell or ‘Dopey’, according to its website. Little is known about the specific markets that the currency serves except that its “mission is to provide marijuana enthusiasts with a modern and secure way of doing business for the 21’st century,” the website notes.

Started with a vision of creating a ‘Silk Road’ for transactions in marijuana across the world, DopeCoin supply is limited to 200 million DopeCoins with about 117 million currently in circulation. It is also a Proof-of-Stake currency, where a 5% annual interest can be earned. The currency currently has a market cap of close to $23 million, according to coinmarketcap.com.

HempCoin also came into existence in 2014, although its focus is less on individuals using it to buy weed, and is instead designed to be used by the farming industry and medical/recreational dispensaries. HempCoin’s website claims that the currency can be used to “facilitate transactions between marijuana farmers and the local dispensary shops” as well as purchasing gear and tools used for farming marijuana.

It’s interesting to note that HempCoin is used in all areas of agriculture, not limited to ones involving weed. As of January, 2018, HempCoin has a price of 0.55USD, a market cap of more than $127 million, making it the largest market cap on this list and the 148th largest off all cryptocurrrencies.

CannaCoin runs on a decentralized blockchain using Peer2Peer tech. The currency was developed in 2014 but transitioned to Proof-Of-Stake at block 370,000. Cannacoin, as described by its founders is “A group of cannabis enthusiasts working towards the future development of cryptocurrency applications related to cannabis production, seed production, extract production, glass blowing facilities, vape and dab station manufacturing, crypto development, and more”