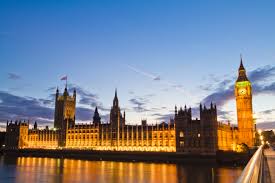 UK MPs have launched an inquiry into cryptocurrencies and the technology behind them. Nicky Morgan, chair of the of the committee, said the MPs would look to protect Britain’s financial infrastructure, without stifling innovation.  The inquiry will be held by Britain’s cross-party Treasury Select Committee of lawmakers. They also specified they would look at the underlying distributed ledger technology. “People are becoming increasingly aware of cryptocurrencies such as Bitcoin, but they may not be aware that they are currently unregulated in the UK, and that there is no protection for individual investors.

“The Treasury Committee will look at the potential risks that digital currencies could generate for consumers, businesses, and governments, including those relating to volatility, money laundering, and cyber-crime. We will also examine the potential benefits of cryptocurrencies and the technology underpinning them, how they can create innovative opportunities, and to what extent they could disrupt the economy and replace traditional means of payment.”

The Governor of the Bank of England Mark Carney meanwhile on Monday said that bitcoin has “pretty much failed” as a currency measured by standard benchmarks, and is neither a store of value nor a useful way to buy things.

However, the BoE is one of a number of central banks and governments around the world that are looking into the underlying blockchain technology as a potential way of issuing digital-only currency, for making settlement more efficient, or for distributing and tracking money in the public sector.

How Cryptos are Helping US Can..

Crypto Has The Power To Transf..