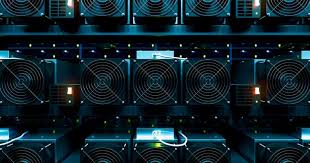 According to Viet Nam News, State Bank of Vietnam (SBV), the country’s central bank, has now agreed to a proposed plan to halt imports of the specialized mining devices since the country has already banned the use of cryptocurrency as a payment method.

The decision is a response to a proposal from the Ministry of Industry and Trade (MoIT) last month.

The ministry said at the time that since cryptocurrency miners are currently not on the list of prohibited imports, it has become difficult for local authorities to enforce the current restrictions on cryptocurrencies.

The MoIT proposal also followed a request from the Ministry of Finance in May that argued for a temporary suspension, given a recent crackdown by local authorities’ over an alleged $660 million cryptocurrency fraud.

According to a news report from Xinhua last month, Vietnam imported more than 6,300 application-specific integrated circuit (ASIC) devices – used to mine cryptocurrencies like bitcoin – in the first four months of 2018. Over the whole of 2017, over 9,300 crypto miners reportedly entered the country.

Most of the imports went to Ho Chi Minh City and the national capital Hanoi, the report added, citing data from the General Department of Vietnam Customs.

BINANCE MARKS ITS FIRST YEAR A..