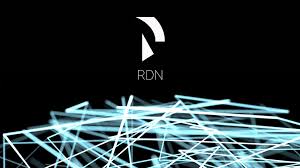 A new test network has been launched for Raiden, the ethereum payments channel project.

Announced at the Dappcon developer conference in Berlin on Thursday, the release features a minimal implementation of the scaling solution that will allow ethereum tokens to be traded on off-chain payment channels. Notably, this particular testnet will be the final one to battle-test the tech before it goes live for everyday users.

“It’s the first step towards going to the mainnet,” Lefteris Karapetsas, core developer of the project, told CoinDesk.

While Raiden saw a testnet deployment late last year, Karapetsas said the new release is an early implementation of the mainnet release itself and features newly rewritten smart contract code and payment channels that are recoverable in the case of an accidental closure.

Presenting the release at Dappcon, Karapetsas urged developers to use the testnet to help discover any potential bugs. A bounty program will also be announced to incentivize this, he added.

“We really want people to really test this so we have a user interface, we have an API and we’ve created an open Github for everything they could find, so if we go hopefully bug-free on the mainnet,” Karapetsas told CoinDesk.

Seeking to bypass some of the scaling hurdlesfaced by ethereum and other blockchains, the release date for the implementation is not yet confirmed. However, the Raiden team plans to remain close to its original promise of a summer launch.

“Until the end of August it’s still summer,” Karapetsas said. “Feature-wise the plan is to just launch with the same features that have on the testnet right now.”

Going forward, Karapetsas said regular code updates and optimizations will continue following the mainnet release, adding that the software will work in tandem with other scaling technologies toward a more optimized ethereum.

“The long term goal would be to have people use Raiden from a mobile device and be able to make off-chain token transfers just from their phone. That would be the long term vision, it would probably work in combination with various scaling solutions, sharding, plasma, a sort of hybrid.”

MIKE NOVOGRATZ SAYS "IT WOULD ..