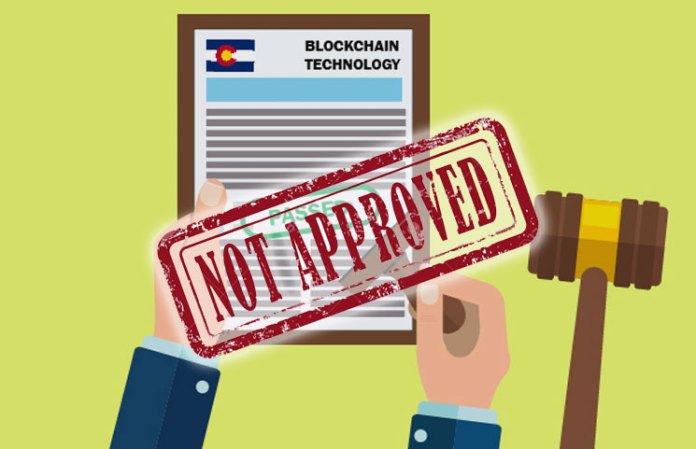 Proponents of the bill have called it an epic fail. The bill was supposed to make certain digital currencies immune from the Colorado Securities Act. This near innovation boom was gradually making its way through the State Assembly but suddenly hit a stumbling block on Wednesday in a vote.

The blockchain bill, HB 1426, appeared to have passed both the House and Senate desks and was on its way to the governor’s desk to be implemented when a group of state senators abruptly had a change of heart and a change of votes at the last minute/. The final tally in the latest reading was 17 yeses and 18 no’s for the bill. Senators Lucia Guzman, Lucia and Daniel Kagan both voted no in the final count after previously supporting the bill, and the Attorney General’s reluctance was a deciding factor, at least in the case of Guzman.

In retrospection, the bill was a risky proposition given that the SEC Chairman Jay Clayton has made it clear that almost all ICO tokens fit the description as a security.

Colorado’s blockchain bill would have rolled out the welcome mat for more innovation in the state and given blockchain startups looking to ICO more regulatory clarity than what they’re receiving from the SEC.

According to Attorney General Cynthia Coffman:

“The language in HB14-26 that would have carved out open blockchain tokens from the definition of a security under the Colorado Securities Act was overly broad and vague. The language would have created immunity from criminal liability for someone who commits securities fraud in that context, putting Colorado consumers at risk. That is why my office opposed the bill.”