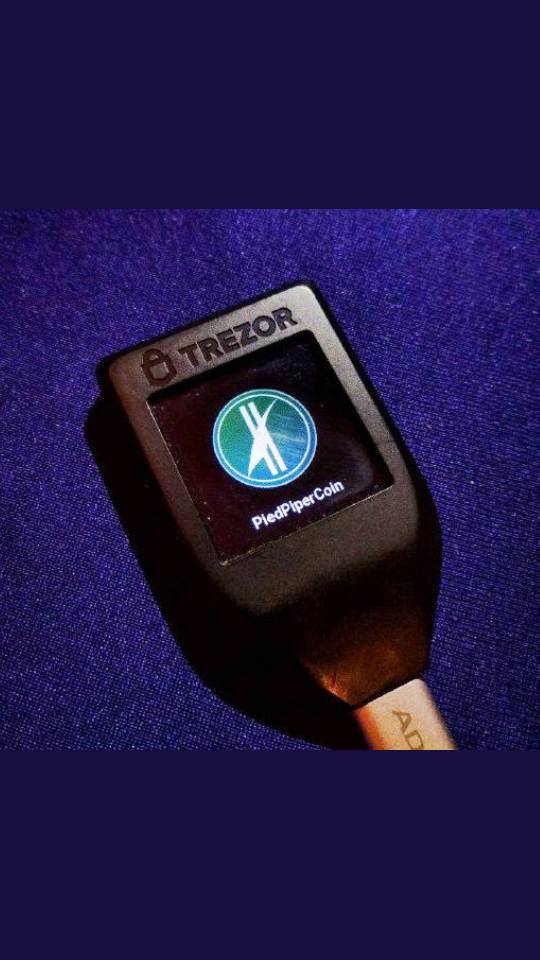 The latest episode of Silicon Valley — titled “Initial Coin Offering” — saw the Pied Piper gang concoct a plan to raise funds by holding an ICO. The initiative was aided by a media blitz, which included an awkward interview between Bloomberg Tech host Emily Chang and Pied Piper’s Bertram Gilfoyle.

Unfortunately, the scheme did not go quite as planned, and when PiedPiperCoin launched it was trading at just $0.07 — far below the $68 per coin needed to match the amount of funding the company could have received through traditional venture capital backing.

That said, a presentation on the coin’s official website assures investors that there is a 98.745 percent chance they will reap a 100x profit, so it seems like a pretty safe long-term bet.

A closer examination at Trezor’s GitHub repository reveals that the commit adding PiedPiperCoin has not been merged to the wallet’s master branch, and it likely never will be since — after all — the coin is not actually a real currency.

Nevertheless, the announcement still managed to incite the consternation of certain altcoin promoters, who criticized the company for adding PiedPiperCoin rather than their pet projects.

One user accused Rusnak of accepting payment to add the coin.

“I got paid exactly zero. The same amount I have been paid to add any other coin. You must be mistaking Trezor with another company which takes fees when adding the coins,” he retorted. “All it takes to add a coin is to add a pull request with the coin definition. Maybe you should do the same for your coin…”