Microsoft is Building on the Bitcoin Blockchain

Microsoft is Building on the Bitcoin Blockchain 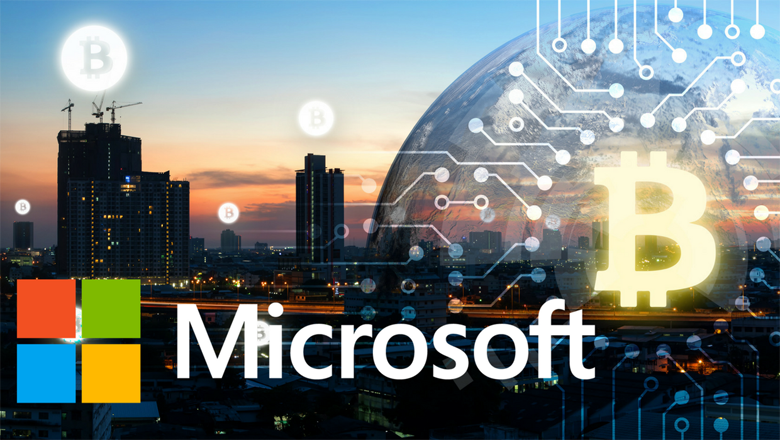 Microsoft is building the first open source project on a decentralised infrastructure by a major tech company, built directly on the Bitcoin blockchain. They announced plans to use blockchain to create a “digital identity” that deals with the underlying mechanics of how networks talk to each other

The open source project is called Ion. Basically Ion handles the decentralised identifiers, which control the ability to prove you own the keys to this data.

Ari Juels, a professor at Cornell and former chief scientist at RSA, says Microsoft’s use of bitcoin is a welcome surprise.

“A well-established player like Microsoft embracing an anti-establishment technology is certainly a big deal,”

At this early stage, Microsoft could have been expected to use a “permissioned” blockchain, like the ones run by JP Morgan and IBM. They offer fewer technical challenges but ultimately are controlled by centralized institutions. Instead, Microsoft is tackling the challenges of making a truly decentralized solution for a large number of users.

Bitcoin Blockchain is the key to private digital identity tech

Digital identity is one of the most powerful potential uses for blockchain technology. The idea involves designing portable credentials that would work a bit like Facebook Connect, allowing seamless access to all sorts of applications. But instead of Facebook or Microsoft holding the keys, you would.

Advocates argue that would provide true online privacy, because no one could follow your activity around the internet. They also say it would help curb major leaks and hacks, since large pools of user data would be less likely to be stored in one place.

In the future, more sensitive forms of data, from insurance cards to passports, could also be stored in a decentralised digital form.

Bitcoin is a slow system due to it’s size and decentralised nature it can only perform around 9 transactions per second. Microsoft plans to get around the speed limitations with a “layer-two” solution that stores and accesses your data away from the blockchain, using InterPlanetary File System (IPFS). Microsoft says its solution, dubbed ION, can potentially scale to allow tens of thousands of operations per second.

However there is still the potential security problem of how people take care of their keys in a decentralised Bitcoin blockchain system. There are questions, too, about whether the current protocols can be trusted as a safe home for user data.

Bitcoin’s blockchain is generally regarded as a solid bet, having run continuously for more than a decade. However, a less-proven system like IPFS could mean people will want to back their data up elsewhere.

Both ConsenSys and Microsoft are opting to make open source initiatives core pillars of their respective Bitcoin blockchain business models.

Rouven Heck, head of DID at ConsenSys and active member of the W3Csaid:

“If we can create certain standards it will help the system to build up faster, and that’s good for all of us. The different products we have are all useful across the space and not built into some proprietary niche.”

Christopher Allen, a crypto veteran and the co-founder of the World Wide Web Consortium (W3C) said he hopes a sense of public responsibility will continue to be viewed as a competitive advantage – especially as Microsoft Azure goes head-to-head with Amazon Web Services for cloud market share.

“You could have a service that is in the cloud hosted by Microsoft Azure, but is absolutely secure because everything in it is encrypted with your keys that you control and everything that run under your authority, even though it’s in the cloud”.

It’s interesting to note that the current experiments with Bitcoin blockchain and blockchain technology are comparable to Microsoft releasing Windows 95 two decades past, which helped boost mainstream internet usage through a consumer-oriented operating system. Microsoft are now helping blockchain tech enter the mainstream by building atop the world’s most secure decentralised ledger.