Demand For Cryptocurrency Soars In Zimbabwe Due To US Dollar...

Demand For Cryptocurrency Soars In Zimbabwe Due To US Dollar Ban 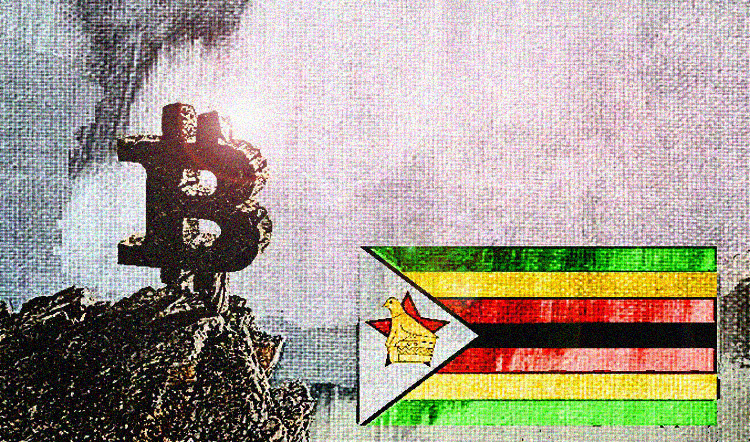 It’s evident that the demand for cryptocurrency is on the rise in a staggering way in Zimbabwe at the moment due to the countries appalling state of its national economy. Zimbabwe’s government may have banned the US dollar and other foreign currencies, but reports say that its middle-class residents are looking to cryptocurrencies, especially Bitcoin, as an alternative.

It doesn’t help that Zimbabwe’s native currency is now completely worthless outside of the country.

Based on a recent video shared by VoaZimbabwe, the Zimbabwean people now yearning Bitcoin’s mass adoption via the increased demand for cryptocurrency purchases during the recent economic changes. The citizens of the African country are looking to preserve their wealth in this fashion.

Early 2019, the government of Zimbabwe troubled the country’s already appalling state of the economy by announcing a national ban on foreign currency trading that included the US dollar. In its place, the Zimbabwean Dollar was relaunched with the expectation of facilitating recovery from the setback.

How The RBZ Caused A Demand For Cryptocurrency

Last year, The Reserve Bank of Zimbabwe (RBZ) proposed shutdown of all crypto-related businesses and shut the country’s doors to Bitcoin and digital currencies.

Due to the questionable ban by RBZ, several crypto companies which felt their backs were against the wall decided to fight back against the decree claiming that such a decision goes beyond the of authority RBZ. Afterwards, during a court hearing in which the central bank authorities failed to show up, the government decided to undo the decision.

While Zimbabwean Dollar has proven itself to be of no value outside the Zimbabwean border, alternative foreign currencies like the US Dollar or Pound is not an option. In such a scenario, an alternative seems unlikely to many Zimbabweans, except to invest and buy Bitcoins to enable them to escape inflation.

The government, meanwhile, are urging people to take precautions should they decide to engage trading in cryptocurrencies, due to the astronomical increase in crypto scams and hacks which the recent demand for cryptocurrency will attract.

Zimbabweans, however are more comfortable dealing with the risks associated with digital assets than ever present risk of inflation.