CIVIC ICO Sells Out in Pre-Sale But 33% Heading Back To Mark... 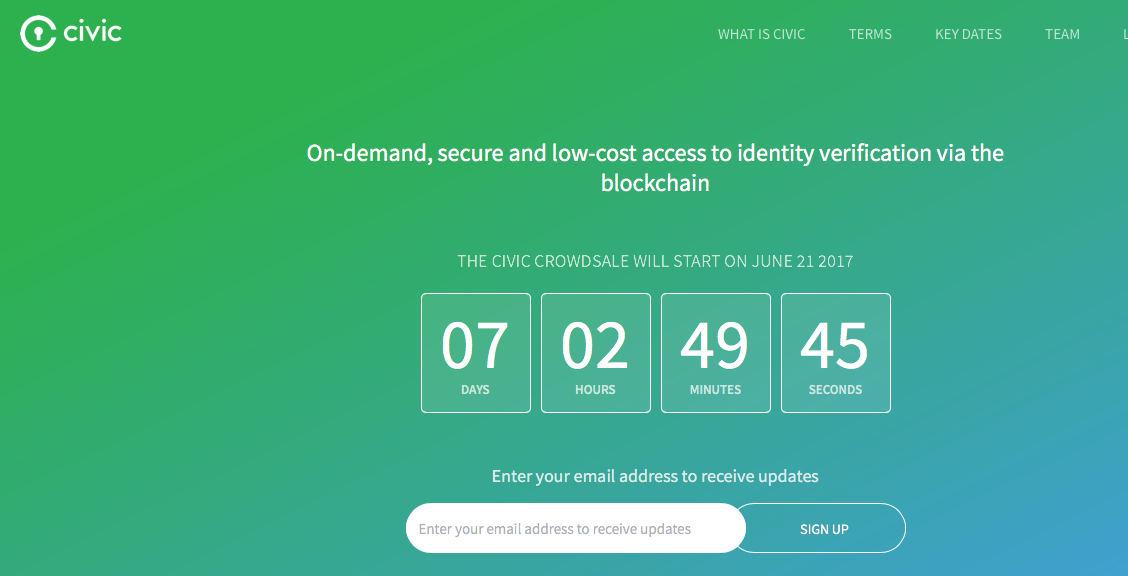 According to a recent article on CoinDesk, Civic has already sold $33m in Civic tokens (CVC) – eight days before the official offering was to take place. This was Civic’s entire ICO allocation. In an unprecedented move Civic turned down the opportunity to collect millions more in sales by effectively returning one-third of these tokens so that investors who couldn’t participate in any preliminary offerings are able to get a fair shot at purchasing.

“We don’t want the vanity headlines, where it all happens in pre-sales and behind the scenes. We don’t want to be sold out in 30 seconds, we want to be distributed to as many people as possible.”

This means even with the outsized demand for the project, 33% of the 33 million CVC tokens the project has sold will be headed back to the market in the formal ICO.

“All the buyers that have sent an allocation in bitcoin and ether to us, we’re going to release a part of it to [the market]. Whatever doesn’t sell out, the [pre-sale] buyers are going to get,” he said. “It was a smart way of ensuring buyers if we didn’t sell out.

As detailed in the firm’s public statements and white paper, the remaining assets will be divided between the company itself and as-yet-undefined opportunities to advance a future ecosystem.

CVC tokens will still retail for $0.10 each, a price that was also fixed for pre-sale investors. According to Lingham, even funds that participated in the pre-sale – and investors in its traditional equity round – paid the same price that crowdsale participants will ultimately be offered on 21st June.

Further, crowdsale participants will also be required to verify their identities via Civic, a feature that Lingham said will both reduce fraud and showcase the company’s technology.

Announced on 20th May, Civic’s service aims to rethink web logins, providing a decentralized means for internet users to verify components of their identity without exchanging personal data. As such, the service is positioned as a potential alternative that adds more layers to the experience via the power of a blockchain system.