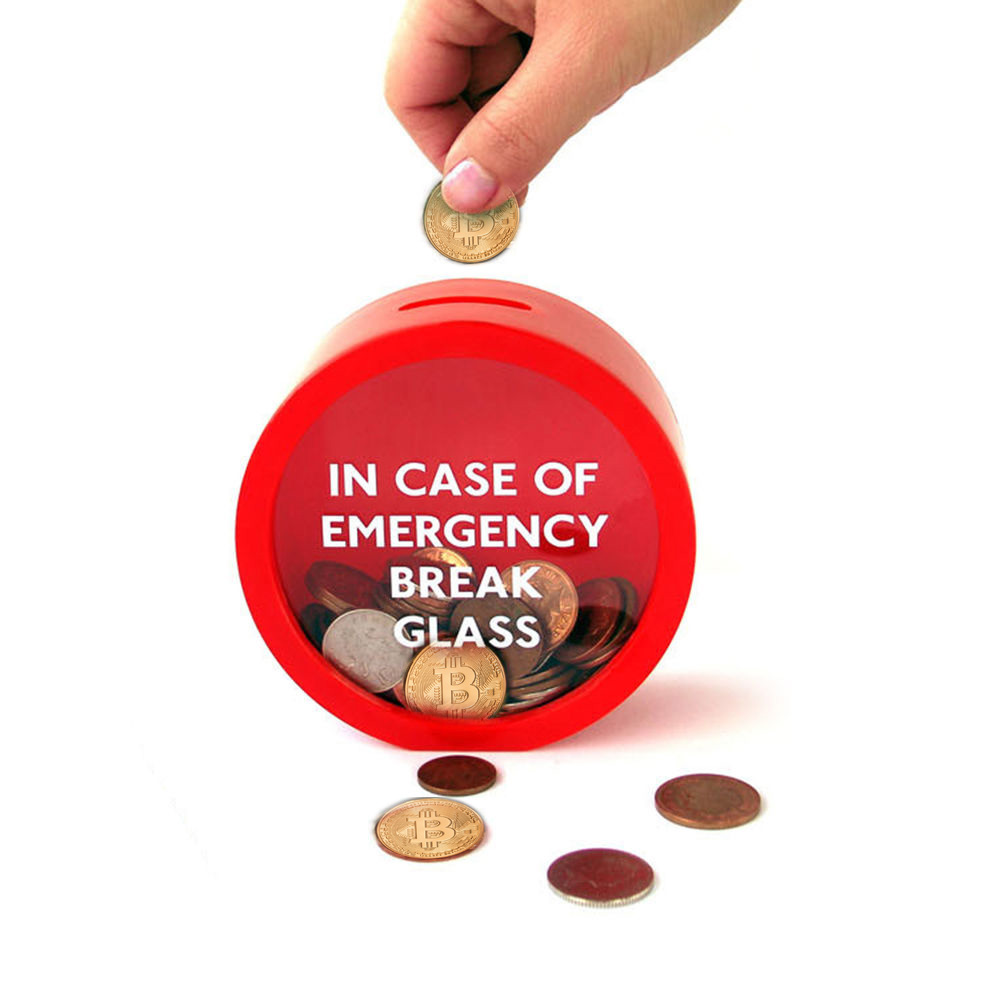 On August 1st this year (2017) there is a chance Bitcoin will experience a chain-split. A significant portion of all Bitcoin users are committed to activate a user activated soft fork (UASF) as described in Bitcoin Improvement Proposal 148 (BIP 148). They will reject any Bitcoin blocks that do not signal support for Segregated Witness (SegWit), the centerpiece of Bitcoin Core’s scaling roadmap.

If a majority of miners do not signal support for SegWit through BIP148 on August 1st, but at least some do, Bitcoin’s blockchain will split in two. In that case, there would be two types of Bitcoin tokens, which we’ll refer to in this article as “UASF BTC” for coins on the soft forked chain, and “Legacy BTC” for coins on the chain that did not activate the soft fork.

Each bitcoin would effectively be copied to both chains. If you hold bitcoin right now, you will hold both UASF BTC and Legacy BTC after the split.

However, this coin-split can be messy and risky. And if you’re not careful, you could lose funds.

This guide will provide you with the basics to keeping your bitcoins safe during the UASF and will help to make sure you get through the chain split with all your bitcoins intact.

Be aware that a chain-split creates a high-risk situation. There is a chance that some sort of digital war will break out between the two camps. This could even get to the point where bitcoin’s price drops down sharply, possibly even down to zero. Make sure you are not holding more value in bitcoin than you are willing to lose.

The single most important piece of advice is this: Ensure that you control your own private keys.

If you are storing your bitcoins on an exchange, in a custodial wallet like Coinbase, Circle or Xapo, or on any other service that holds your private keys for you, you may or may not eventually receive coins on both ends of the chain. In fact, if these kinds of services aren’t well-prepared, there could be scenarios where you don’t get any coins at all. So far, no exchanges have given any kind of guarantee.

So if you’re using any of these kinds of services to store your bitcoins, you need to create your own wallet. Send your bitcoins to one or several Bitcoin addresses in this new wallet. This wallet now holds your private keys.

What kind of wallet you use is up to you. That said, here are some basic solutions:

The only wallets that are entirely trustless are full node wallets, like Bitcoin Core or Bitcoin Knots. These verify all protocol rules, but they can be a bit resource intensive to use as you have to download the entire blockchain for them to function.

If you don’t care about transacting with bitcoin (either UASF BTC  or Legacy BTC) anytime soon and really just want to keep both as a long-term investment, printing your private keys on a paper wallet is another option. This option, however, is only really secure if you follow strict security precautions, which you can find here.

In any case: Be sure to make backups of your keys! Most wallets require you to do this when installing: don’t skip this step.

On August 1 (and Perhaps shortly After)

If a majority of hash power signals support for Segregated Witness through BIP148 on or before August 1st, the protocol upgrade will activate smoothly. In that case, you’re fine, even if you didn’t prepare at all.

But it’s also possible that a majority of hash power will not go along with the BIP 148 UASF on August 1st, in which case the chain could split. If you hold your private keys, you will then have both UASF BTC and Legacy BTC.

Such a chain-split could resolve in several ways.

If at any point on or after August 1st, the UASF BTC chain becomes the chain with most accumulated proof of work, both BIP 148 nodes as well as Legacy nodes would switch to the UASF BTC chain. As such, the Legacy BTC chain should be discarded, resolving the situation. It would have been a temporary split, and you should be fine if you held onto your private keys. You can now continue to use bitcoin as usual.

But unless and until this happens (or other types of precautions are taken), there is always at least a theoretical risk that the Legacy BTC chain can be overtaken and be discarded like this. That chance should decrease as time goes on, but will realistically exist for hours, perhaps days, and maybe even longer — even if no blocks are found on the UASF BTC chain.

As such, buying or accepting Legacy BTC after the split — and especially shortly after the split — is very risky. These bitcoins can quite literally disappear if the UASF BTC chain overtakes the Legacy BTC chain. Therefore, it’s not recommended that you buy or accept any Legacy BTC — if you do, at least be aware of and comfortable with the risk that your money could cease to exist.

BIP 148 nodes will never acknowledge the Legacy chain, so these will not switch regardless of which chain has more hash power. However, it is very risky to buy, accept or hold UASF BTC, too. Most importantly, there is no guarantee that UASF BTC will continue to be used. While that is of course true for any cryptocurrency, due to slow mining difficulty adjustments, a potentially hostile environment, and the continued possibility for SegWit to activate on the Legacy chain after all, it’s probably more true for UASF BTC. Additionally, block confirmations may be very slow for quite a while, which could make using UASF BTC for transacting impractical.

If you want to accept UASF BTC regardless, you need to run a BIP 148 full node as a wallet. You can find more information about that here.

On top of the Legacy BTC chain being discarded or the UASF BTC chain withering away, there is another big risk: replay attacks.

In case of a chain-split, transactions on both sides of the fork will look identical. If a transaction is picked up by both UASF BTC and Legacy BTC nodes — for example, because the receiver of a transaction retransmits that transaction — the transaction may be valid on both chains. This is called a “replay attack.”

As such, spending coins on one end of the chain could make you accidentally spend the equivalent coin on the other side of the chain. Instead of paying someone only in UASF BTC, you may unintentionally send Legacy BTC as well, or vice versa. UASF BTC and Legacy BTC are initially “stuck together.”

The best way to prevent replay attacks is simple: Do not send any transactions. At least not until it is clearer to everyone what the post-fork situation looks like.

In case of the BIP 148 UASF, it is a bit hard to say what “after the chain-split” actually means.

If the UASF BTC chain gets more accumulated proof of work, it should be the only chain to survive, and the split would be over. All UASF BTC would then simply be bitcoins (BTC) again.

But if that doesn’t happen fast, and even if the UASF BTC chain appears non-active, a chain-split could, at the very least, linger for a while. Miners could start mining on that chain at any time. As such, the UASF BTC chain can in theory wipe out the Legacy BTC chain.

There are also possible scenarios where the two chains — UASF BTC and Legacy BTC — coexist. What’s more, even a scenario where more than two chains emerge can’t be taken out of the equation. In these scenarios, you will have coins on both (or all) sides of the fork.

But as mentioned, it will be tricky to spend coins on one chain without accidentally spending the equivalent on the other. And the bad news is that splitting these coins can be a bit complex. (It will require freshly mined or double-spent coins.)

However, it is likely that some, if not all exchanges will likely set up coin-splitting services and take care of most of the complexity behind the screens. You’d just need to send your bitcoins to an exchange, and the exchange will credit your account with UASF BTC and Legacy BTC. (They should even replay the transaction for you to make sure they indeed receive both your coins.) At that point, if you want, you will be able to sell or trade your coins.

If the split persists, there should be wallets for both coins soon enough. Of course, you may need to upgrade your existing wallet or download a new wallet if and when this happens. This outcome also remains to be seen. Do not accept any transactions on your wallet before this is clear.

1. Control your private keys by buying a hardware wallet.

2. Avoid any transactions on August 1st, and a short time after . How much time after depends on what happens.

3. If there are still two chains afterwards, split your coins into different wallets.

CIVIC ICO Sells Out in Pre-Sal..