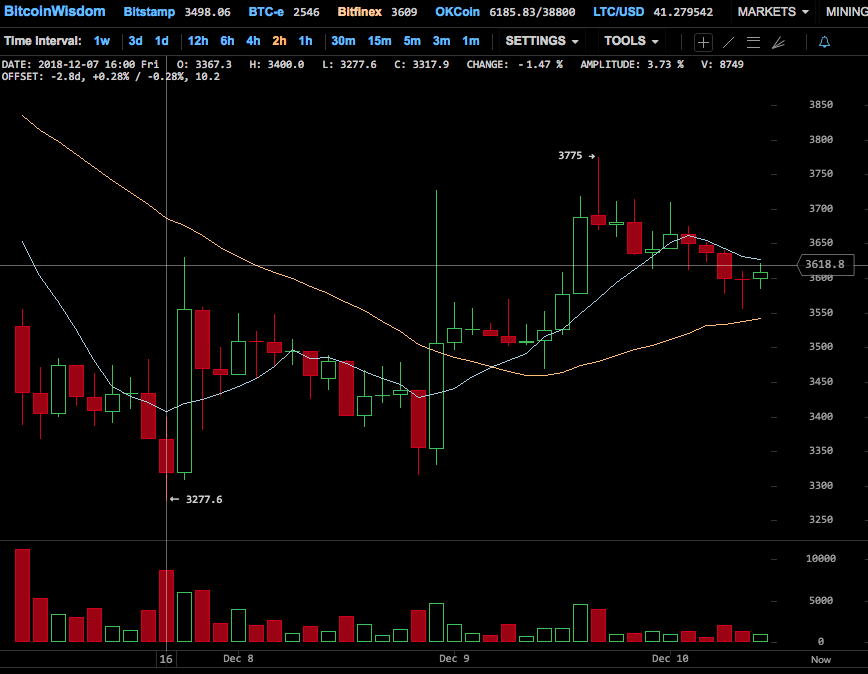 The price of bitcoin increased from a low of $3,277 to a high of $3,775 (on BitFinex) since Friday December 7, a rise of almost 12 percent against the U.S. dollar. In the same time frame, the cryptocurrency market as a whole added $11 billion to its market cap, avoiding a further drop below $100 billion.

Other major cryptocurrencies, including Ethereum (ETH), have been able to rebound from low double digits, as technical indicators started to show extremely oversold conditions. However, traders remain cautious until major resistance levels are broken.

A prominent cryptocurrency analyst, DonAlt, tweeted recently that until Bitcoin breaks out of the $3,700 resistance level, it will remain in a tight range between $3,300 to $3,600:

Another good day for BTC.
That said it's still nowhere close to turning bullish on the higher timeframes.
While the low timeframes look decent, BTC hasn't even reclaimed the previous trading range.
Until it does, no swing long trades.

However, Murad Mahmudov, another crypto commentator  on twitter has been cautiously bullish, noting that the price has broken out of the large descending wedge and if price continues to move up with strong volume then a push back to above $4,000 is probable:

Despite the fact that there is positive news such as the opening of crypto futures markets from Nasdaq, Bakkt, and NYSE expected to open in Q1 of 2019. It could easily take until Q2 of next year for the cryptocurrency market to begin its recovery.

Many analysts have reaffirmed that as long as the dominant cryptocurrency remains below $3,700 and struggles to demonstrate a major breakout, the market is at risk of dropping to a new yearly low.

Looking back at past trends the cryptocurrency market has taken over 66 weeks on average to recover from a large correction and achieve a new all-time high.

The value of Bitcoin has fallen from the mid-$4,000 region since early December, down to as low as $3,200 on BitMex. At the time of writing the price of bitcoin is sitting around $3,600.

Could Amazon Start The Next Bi..

Why people should be mining bi.. 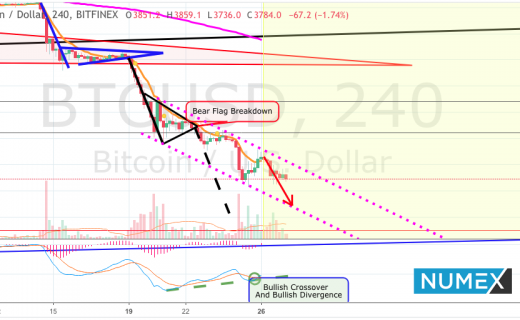 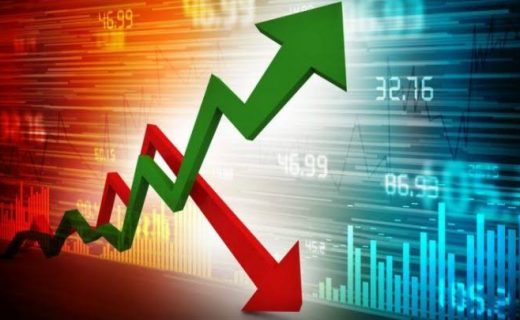 Bitcoin May Hit $6,000 In a Week Or Two – Experts Interpretes Chart