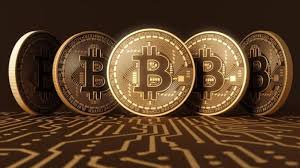 Cryptocurrencies staged an impressive relief rally in the late hours of Thursday, being the 13th day of Sept. as altcoins and tokens bounced off oversold levels.

The combined value of all digital currencies rose by as much as $15 billion to $201 billion, according to CoinMarketCap. The market bottomed at yearly lows during the previous session.

At the time of writing, the crypto market was capitalized at $199 billion.

Ethereum rose 17% after plunging to 16-month lows on Wednesday. The second-largest cryptocurrency by market cap is now sitting at $209, according to latest available data. All major altcoins and tokens followed ether’s lead, with EOS, Monero and Tron putting up the biggest gains.

Bitcoin, which has gradually decoupled itself from the broader market, broke $6,500 for the first time this week some couple of hours ago, but it is currently sitting at $6486. In doing so, BTC’s price cut above the 50-day moving average, a positive sign for the bulls.

The Thursday rally was accompanied by a sharp rise in trading volume. Twenty-four hour turnover rose 15% to $13.7 billion.

Pegged to Fiat or not, Mainstr..