William Shatner partners with Mattereum to put Collectibles on Ethereum 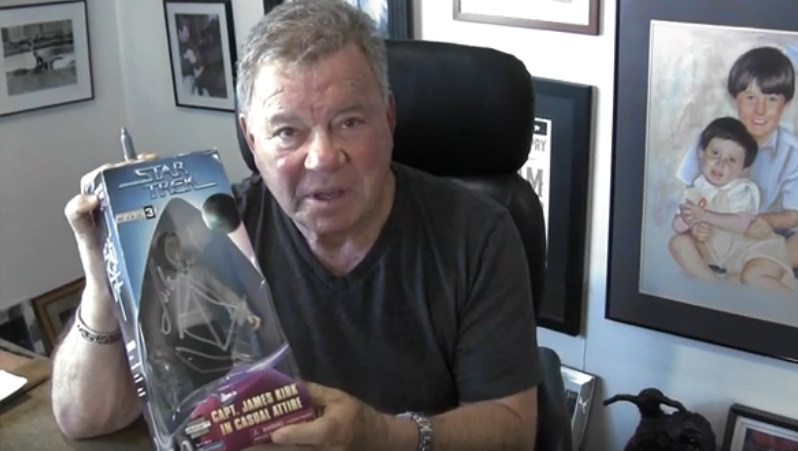 William Shatner, best known for his role as William T. Kirk on Star Trek, has announced a partnership with London legaltech company Mattereum to document the authenticity of memorabilia and collectibles, on the blockchain.

“I’m announcing that I’m partnering with Mattereum and other technology creators to establish an authentication system. With it, we can know where an item has been, who has owned it, and if it is genuine. It can mean the difference between a priceless, future heirloom, and worthless fake.”

In a video an asset passport is shown that has a contract address, a hash, a certifier and an authenticator.

“The Mattereum Asset Passport gives you reliable provenance for your collection, backed by the liability of those who certify it – and ultimately their collateral, insurance, and personal assets. Transparency and enforceability will be essential tools in the fight against fraud and counterfeiting.”

Shatner is also seen holding up a one-of-a-kind Star Trek action figure of Capt. James Kirk with his autograph on it, saying:

“The chip, the token, my signature, and a number. One of a kind.”

The smart contract has not yet launched on the mainnet or testnet. Vinay Gupta, the CEO of Mattereum, says “it’s on our testnet – not Rinkby etc.”

In far more familiar language, there’s basically a certificate of the item, a registrar, and a registry that tracks how the ownership has changed.

Asked whether there would be a legal contract between the registrar and the buyer as well, Rob Knight of Mattereum says:

“It depends on what’s being done in the specific circumstances. Sorry to be vague about it but it really does vary depending on the actions that need to happen. We’ll publish a detailed breakdown of this soon though.”

Bitcoin Is The World's Best Pe..