US Government To Auction Over 600 BTC

US Government To Auction Over 600 BTC 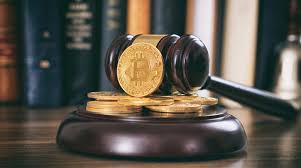 The United States Marshals Service will auction off 660 Bitcoins in November, with bidder registration starting next week.

The US federal government will hold next month a blind sealed first-price online auction for 660 Bitcoins, whose total value comes at around $4.2 million as per the Bitcoin (BTC) price on Friday morning UTC. The US Marshals Services (USMS), a law enforcement agency within the justice department, will offer coins seized in more than 30 criminal, civil, and administrative cases, a public notice revealed on Friday.

Sources of the Bitcoins include convicted Arizona BTC trader Thomas Mario Costanzo and the case against Theresa Tetley, who was sentenced to one year in jail in July for laundering Bitcoins worth of millions of US dollars.

The blind auction will have two series, with Series A involving six blocks of 100 Bitcoins each and Series B one block of 60 BTC. The USMS will open the registration process on Monday. All interested individuals and companies, including foreign-based entities, should deposit $200,000 through a US bank to become eligible for bidding, as well as fill in the registration form until noon EDT (16:00 UTC) on October 31.

For example, if one participant wants to submit three different offers – one for a block of 100 BTC in Series A, another price for some of the remaining five blocks in that Series, and a different proposal for the 60 BTC in Series B – they should send three registration forms and deposit $600,000.

The USMS will credit the deposit of the winning participants towards the purchase price while the funds of losing bidders will be sent back to their bank accounts.

The auction is scheduled for November 5 from 8:00 EST (12:00 UTC) to 14:00 EST (18:00 UTC). The agency will not allow participants to see the offers of other contenders. Bidders with the highest proposal will prevail, and in the case of matching highest prices, the USMS will declare the first offer as the winning one.

The agency will transfer the proceeds from the auction to the Asset Forfeiture Program, which restores properties to the victims of criminal activities or distributes funds to other law enforcement unit.