UK JUDGE LEGALLY TAKES POSSESSION OF 300 BTC FROM A NOTORIOU... 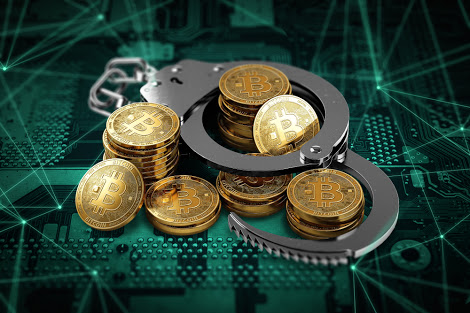 In effect to punish a notorious drug dealer and money launderer, over 300 BTC was confiscated from the criminal by the UK police.

Many people still don’t understand how bitcoin operates. They still think that the digital currency is untrackable not knowing it is actually otherwise. Bitcoin is the only anti-viable tool in the financial sector today mainly because it can be tracked easily. There are a lot of proves which indicate that bitcoin could be linked to real world identities.

Sergejs Teresko of UK was suspected to be involved in money laundering and drug pushing cases, as to this effect, was convicted and arrested by the UK police. Although, his arrest occurred in 2017, after much investigation, he was sentenced to Jail which will last for 9 good years. Teresko felt less concerned since he still got some assets stashed away in many different Bitcoin wallets, and was hoping to get in touch with it as soon as he is been released from Jail. But, that is not as it seems now, following the interesting plot twist that arose earlier this week.

The judge incharge of the case insisted that the 1.45 million pounds sterling worth of cryptocurrency would be forfeited, after pointing out that the proceeds of crime act does not exclude Bitcoin. Meanwhile, the Judge backs up his reason for ruling out on the case, using the country’s legal system which states that bitcoin or other digital currencies should not be used for criminal purposes.

Teresko’s prove that he is innocent of these crimes seems to fall on deaf ears. His bitcoin holding will be under the control of the UK police, as was overruled by the Judge incharge of the case. It is evident that government will take hold of these assets, sell it off as an auction or perhaps dump it on the open market. No further specifics have been provided in this regard.

This is just one among the many examples of how using cryptocurrency for crime will lead to one’s downfall, but many seem not to take it that serious.