Turkish Cryptocurrency Exchange Observes A Bullish Movement In Trade Volume, Over The Past 24 Hours 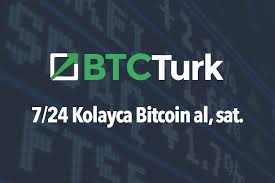 Over the past 24 hrs, it has been observed that the Turkish Cryptocurrency Exchange has witnessed a high increase on trade volume.

The current happening is in quick response to the drastic fall of the country’s domestic currency, Turkish Lira. The citizens had no other alternative than to sought for refuge from another means.

Btcturk, a crypto exchange based in Turkey recorded a 350% increase on trade volume over the last 24 hrs, with Bitcoin occupying almost 40% of the uptrend.

The President of Turkey, Recep Tayyip Erdogan, accused the U.S government to be responsible for the current financial crisis going on in the country. The country’s currency fell to an unprecedented price if compared against the U.S dollar.

However, Turkey’s interior ministry threatened to take legal action against almost 350 social media accounts which expressed their negative view about their domestic currency, the Lira.

Currently, Turkish Lira is the Third Worst Performing Fiat Currency This Year, 2018. Before the Turkish Lira, we have the Venezuelan Bolivar and Sudanese pound as the first and second, respectively.

China Take The Lead In The Dev..