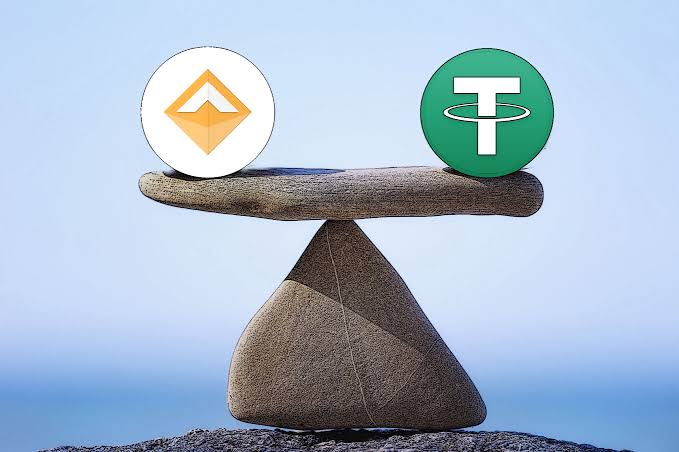 Stablecoins are a thing and they are here to stay. Cryptocurrencies, as we all know, are not secured with some stable assets, however, they’ve got a value and an exchange rate against the U.S. Dollar, which is accepted as a worldwide common currency. That makes them volatile and inconvenient for daily transactions. The adoption of stablecoins comes up as a necessity as the decentralized economy becomes mainstream.

What is a stablecoin?
As it is rightly said, cryptocurrencies’ main features are decentralization, privacy, price stability, and scalability. a stablecoin is a regular cryptocurrency, but secured by another stable asset, like USD or gold. Price stability is a fundamental requirement if you want to bring traditional financial products such as loans and reliable savings options to the blockchain. So, an ultimate goal of a functioning stablecoin is to ease widespread adoption among everyday users. Stablecoins leverage all the advantages of cryptocurrencies.

Crypto-collateralized: coins are backed by reserves of another or multiple cryptocurrencies. This has multiple advantages in addressing the centralization aspect. The only major flaw is that the coin is again backed by an unstable currency and needs to be over-collateralized to keep price fluctuations in check.

There are three main categories that stablecoins can be divided into:
Non-collateralized: the coins under this category generally mimic fiat currencies in the sense that they do not have asset-backed collateral. A process called seigniorage is used to achieve price stability instead. This enables smart contracts to resemble a reserve bank to increase and decrease the supply of money for the value to remain as close as possible to the value of the asset it is pegged to.

Existing stablecoins
There have been many stablecoins implemented and already in circulation. We would like to shed light on some.

Tether is probably the most famous implementation of fiat collateralized stablecoins. For every issued Tether token (USDT), an equal amount of US dollars is deposited with a custodian, which would enable Tether to always trade 1:1 (1USDT = 1USD). Despite the stable value, Tether has come under a lot of scrutiny. Many believe the token is not sufficiently collateralized and its issuance of hundreds of millions of new tokens without having its reserves being officially audited is only casting more doubt on the token’s validity.

Another interesting fiat collateralized coin but backed by a different asset is Digix. The token is collateralized by Gold instead of fiat currency. Every Digix DGX token is equivalent to a gram of 99.99% LBMA approved gold. This renders it stable with respect to a gram of gold but with it comes the added uncertainty of the price of Gold fluctuating with respect to fiat currency.

Bitshares was the first cryptocurrency to use crypto collateralization using their native network currency as collateral to create market pegged assets such as BitUSD, BitCNY, and BitGold. These market-pegged assets can then be traded like futures (derivative contracts) to effectively increase the collateral.

Another coin that uses crypto collateralization is Dai which is pegged to U.S. Dollar but has been collateralized by Ethereum. So if a Dai user wanted to generate the stablecoin, they could do so by locking up Ethereum ETH in a smart contract.

The future of stablecoins
Stablecoins provide a fast and efficient way for investors and enthusiasts to protect themselves from the price volatility surrounding cryptocurrency. They could become a real alternative for the existing altcoins because of their independence from Bitcoin’s volatility. If implemented correctly, stablecoins could become a strong pillar of support for the emerging digital currency-based economy.

A couple of weeks back, Cryptocurrency firm Blockchain released a report examining the growth of the stablecoin trend, the differences between the growing number of stablecoins in circulation, and whether they truly work to lower volatility in the market. The report outlined that the adoption of stable coins has been superlative among users as they were less volatile and asset-backed and yes provided the benefits to both the traditional and the modern finance world. It was also a safe haven for crypto enthusiasts and traders to take shelter when the cryptocurrency markets turn volatile.