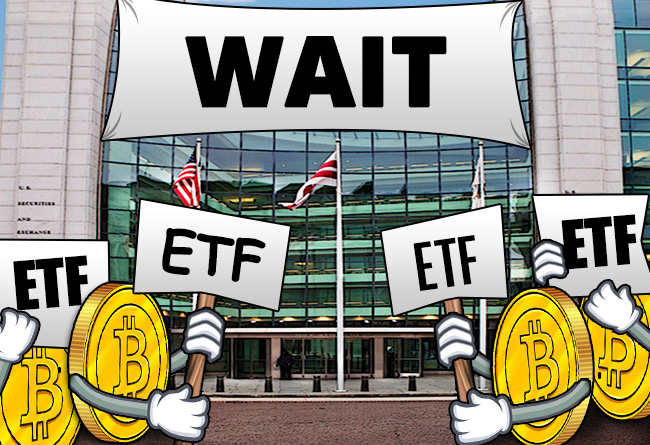 The Securities and Exchange Commission (SEC) made it clear that it needs more time to reach a decision on whether to approve a proposed exchange traded fund (ETF) backed by “physical” bitcoins, issued by investment firm VanEck.

Despite the refusal to approve the proposed ETF, the mother of all coins was seen soaring to a high peak yesterday. It traded as high as $6,730 for about 2 hours yesterday. For the past 24hrs the price went down by 0.89% trading at exactly $6,640. This marks the fourth straight day of gains for bitcoin, bringing it back above the short-term resistance level of USD 6,500 on the chart.

The SEC, the agency tasked with approving or disapproving new ETF applications in the US, wrote in the note that it encourages interested persons to provide comments in the weeks ahead, before a final decision will be made. It went on to list 18 detailed questions about statements made in the ETF proposal that it asked the public to comment on.

Among questions asked were things like people’s view on whether the bitcoin market is less susceptible to manipulation than other commodities that ETFs typically hold, and whether surveillance and market monitoring by exchanges is sufficient to prevent and detect fraudulent trading activities.

The proposal in question was originally filed by VanEck with the help of the Chicago Board Options Exchange on June 6 this year, but any decision on it can be delayed a number of times under current regulations, giving the SEC until early next year to reach a decision.

In either case, the crypto community is divided whether Bitcoin ETF will help Bitcoin or will become harmful.

XDEX, To Be Launched By The La..