Finally, BCH Can Now Be Traded On Gemini Cryptocurrency Exch...

Finally, BCH Can Now Be Traded On Gemini Cryptocurrency Exchange 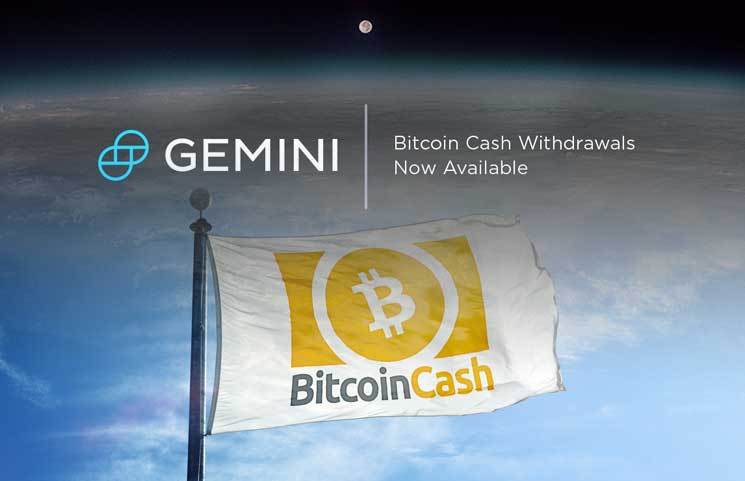 It has been a year-long struggle for BCH’s supporters who wished to see BitcoinCash listed on the New York based exchange, Gemini. Ever since BCH hardforked on 1st Aug 2017, its supporters have been praying and hoping that the altcoin get listed on Gemini. In response to their requests, the exchange made the announcement on its medium account saying that it would start providing support for BitcoinCash this weekend.

According to the announcement made on medium, Gemini stated that its customers will be able to deposit and withdraw BCH on the platform by Saturday, at 9:30 a.m. EST. The announcement illustrated that BCH will be traded against 5 different pairs USD, BTC, ETH, LTC, and ZEC. Eric Winer, Gemini’s vice president of engineering in a speech said;

BCH seeks to “build on the goal of the original Bitcoin” and become an electronic cash system.

He also explained that the BCH they would be listing on their platform will be the ABC side of the recent hardfork on Nov 15.