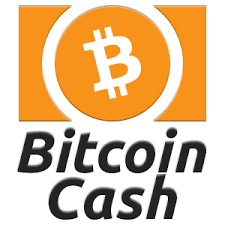 Bitcoin ABC the leading development team for bitcoin cash were notified of a critical software vulnerability in the recently released bitcoin ABC 0.17.0 by an anonymous person(s). According to reports,this vulnerability if exploited by an attacker could enable the person construct a malicious transaction that would be accepted by Bitcoin-ABC 0.17.0 miners. However, the block would be rejected by the rest of the compatible versions of Bitcoin Cash-compatible mining applications like the Bitcoin Unlimited client. After some testing and analysis of the vulnerability, the Bitcoin ABC development team crafted a patch for the issue immediately. “Bitcoin ABC 0.17.1 fixes this problem,” explains the ABC teams incident report and the new software was forwarded to verified BCH miners. The Lead Developer of the Bitcoin.com’s Mining Pool, Shaun Chong, explained that after the vulnerability report was released the ABC development team was very quick to assess and fix the problem.The result of this flaw, then, was that “BUCash and versions of Bitcoin-ABC prior to 0.17.0 could be split from the majority Bitcoin Cash blockchain” so long as it was unremedied.

The Bitcoin ABC programmers are asking all 0.17.0 users to upgrade to the latest 0.17.1 client as soon as possible. The team reveals that it will be taking “several actions” in the future to prevent events like this from occurring again and mitigate response times even faster.  “Bitcoin ABC is in discussions with industry participants to establish a formal bug bounty system,” the team emphasizes.

ABC developers say they would like to thank the anonymous person(s) who responsibly disclosed the issue to the development team. The report provided was “clear and professional” according to the developers. “We also want to thank the miners for their cooperation, understanding and for the fast and professional way in which they took action to protect the Bitcoin Cash network and its users,” the Bitcoin ABC developers conclude.

Bitmain & Janet Yellen what do..

Why Does Bill Gates Hate Bitco..