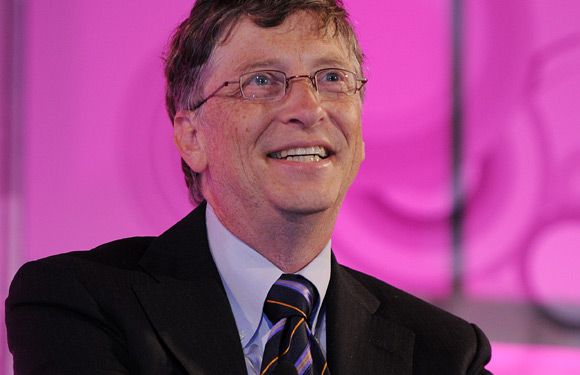 Seems like Bill Gates hasn’t heard of CME, CBOE or numerous other exchanges where Bitcoin can be traded after his latest comments during an interview on CNBC.

In an interview on CNBC today Bill Gates said:

“I would short if there was an easy way to do it. As an asset class, you’re not producing anything.”

Gates said he had previously received some Bitcoin as a birthday present, but sold those a few years later.

Back in 2015 during a Reddit AMA, Gates wrote in a response to the question “What is your opinion on bitcoins or cryptocurrency as a whole? Also do you own any yourself?”:

“Bitcoin is an exciting new technology. For our Foundation work we are doing digital currency to help the poor get banking services. We don’t use bitcoin specifically for two reasons. One is that the poor shouldn’t have a currency whose value goes up and down a lot compared to their local currency. Second is that if a mistake is made in who you pay then you need to be able to reverse it so anonymity wouldn’t work.”

In a more recent Reddit “Ask Me Anything” session earlier this year, Gates explained that he thinks cryptocurrency is really bad because it aids and abets people who want to keep their financial transactions hidden from the government. He seemed particularly concerned with whether the blockchain revolution is mostly revolutionizing financial crime, terrorism, and drug dealing, thus killing people “in a fairly direct way”:

Buffett is of course echoing the words of his friend and business partner Charles Munger, who in 2014 also compared Bitcoin to rat poison and is also on the board at Berkshire Hathaway Inc.

So we’ve established that these three are friends and they are on board of Berkshire Hathaway. Now what does at Berkshire Hathaway own. Well the list is very long, but the notable shareholdings are: 17% of American Express Company, 6.7% of Bank of America Corp., 6.1% of Bank of New York Mellon Corp., 2.91% of Goldman Sachs Group Inc. The list goes own, but you get the idea – they own a significant portion of the legacy banking system. They very industry which will suffer the greatest disruption as Bitcoin and few other crypto assets and cryptocurrencies come to dominate the financial world. They have the most to lose and they are beginning to descend into mindless name-calling. I mean what is “rat poison squared”? That phrase doesn’t even make sense.

It follows hot on the heels of another logic meltdown by a prominent Bitcoin critic, Nouriel Roubini on twitter:

Stop the crypto-coiners bullsh-t! Anytime they scream FUD when you unveil their non-sense, pipe dreams, manipulation, obfuscation do call them for what they are: total FUDGE, crypto-FUDGE! Stop the Crypto-FUDGE! #STOPCRYPTOFUDGE

So let’s all listen to the notable economist and stop the crypto fudge people.

Now that makes me think about cryptocandy…..

Bill you can also short Bitcoin on Bitmex, here’s a quick link: https://www.bitmex.com/register/N9yndB . Please note you get a 10% discount on fees and I get 10% commission so if you drop a Billy or two that would be nice.