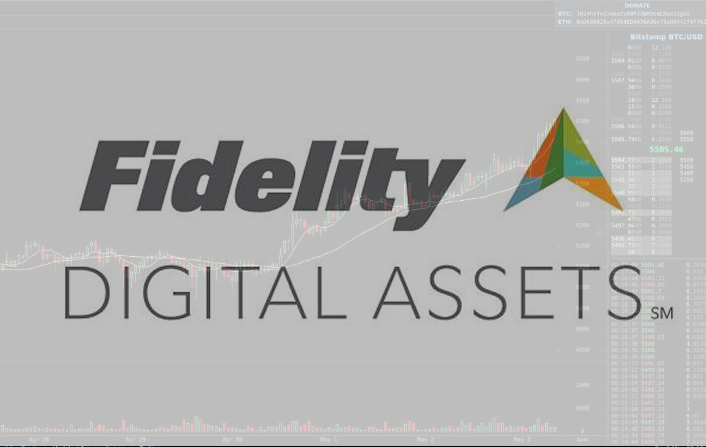 It’s beginning to look as if public institutional interest in the cryptosphere could be responsible for the recent Bitcoin price growth.

A survey conducted by  Fidelity Digital Assets, and published Thursday found that around 22 percent of investors have some exposure to digital assets, while 40 percent say they are open to taking the plunge in the next five years. Of those that have exposure, most investments were made in the last three years.

Fidelity is subsidiary of the world’s fourth-largest asset manager Fidelity which has $2.46 trillion in assets under management,published in a research paper that is bullish on institutional investments in bitcoin and other crypto assets.

The research of Fidelity Digital Assets comes after Tom Jessop, the head of the firm, said in an interview with TheBlock that out of 450 institutions it surveyed, 20 percent or 90 institutions were already invested in the crypto market.

“We just completed a survey of about 450 institutions, so everything from family offices to registered investment advisors to hedge funds. It’s interesting, I think about 20% indicated that they currently allocate to digital assets with an intention to grow that,”

The first quarter of 2019 has seen the institutional sector of crypto make significant progress in strengthening custodial services and infrastructure.

A subsidiary of ICE, Bakkt, the parent company of the New York Stock Exchange (NYSE), recently announced its acquisition of Digital Asset Custody Company (DACC), taking its first step towards facilitating the potential inflow of capital from institutions.

For institutions, whether the bitcoin price is at a yearly high or at a yearly low is of less importance. Rather, the quality of custodial services and whether the infrastructure that supports the crypto market can handle large institutional demand is key.

It does seem that institutional interest is playing a part. The research of Fidelity Digital Assets has discovered that 22 percent of institutional investors have invested in crypto assets as of May and that over the next five years, 40 percent of respondents said they plan to invest more in the sector.

“According to the survey, about 22% of institutional investors already have some exposure to digital assets, with most investments having been made within the past three years. Four in ten respondents say they are open to future investments in digital assets over the next five years,”

Confidence of investors is beginning to rise after recent steep decline

The confidence of retail investors has likely declined quite significantly in the past 17 months considering that the bitcoin price remains down by around 72 percent from its all-time high at $20,000.

The noticeable drop in the valuation of crypto assets and companies inevitably caused most of the capital and resources in the space to dry up, which led quality projects to stand out and secure opportunities to sustain their operations throughout the bear market.

“This institutional sentiment mirrors many of the positive developments we’ve observed. Venture investment continues, alongside good development work, and increasing regulatory conversations. Institutions are more aware of these developments now than they were six or twelve months ago,”