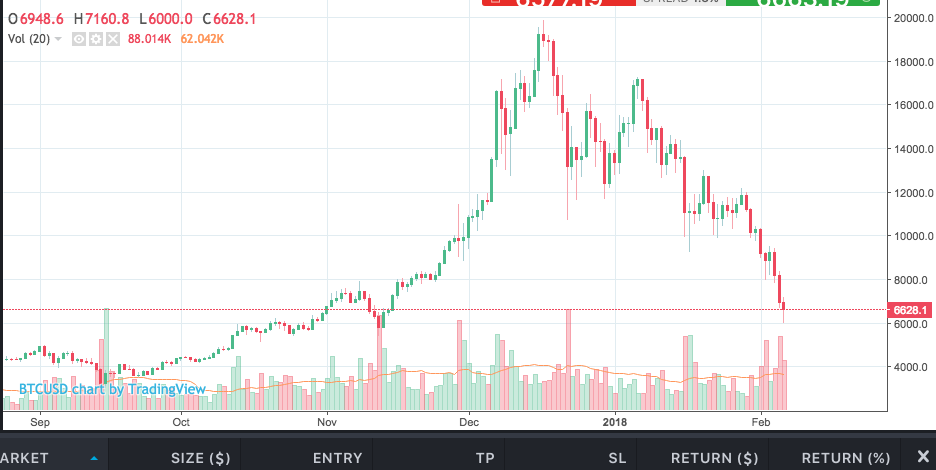 The Bitcoin price fell to a 12-week just above $6,000 this morning CET. This marks the low point of a sell-off which began on January 6th.

Meanwhile, the remaining top 10 currencies by market cap are down at least 20 percent each. NEO has depreciated by 36 percent in the last 24 hours, according to data source CoinMarketCap and is the biggest loser in the top 10.

All eyes are on the Senate Banking Committee meeting to discuss ‘Virtual Currencie’  taking place later today in Washington. Sentiment amongst the wider crypto community is very bullish after reading the measured and positive wording of the pre-prepared statements. It will be interesting to see how this is reported by the mainstream media.

Augur is About to Launch With ..