An Oil And Gas Drilling Company In California Gets Fined For... 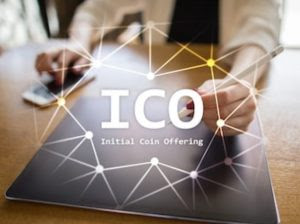 The CEO and founder of the Thomahawk exploration LLC has been fined by the U.S. securities and exchange, the sum of $30,000 for allegedly perpetrating a fraudulent initial coin offering (ICO) to fund oil exploration and drilling in California, thereby violating the securities act.

Although, the firm was unable to raise any money from their token sale, but the SEC counted the issuance of its tokens via a bounty program, as an intended fraudulent action. Initially, his plan was to raise $5 million from the private investments and public capital market
but it did not work out that way for him so he has to resort to other means.

It was announced on Tuesday this week that David Thompson Laurance of Tomahawk exploration LLC was asked by law to pay the sum of $30,000 for attempting to raise money by issuing digital tokens, tomahawkcoins (TOM). He successfully issued out 80,000 TOM tokens as part of a “bounty program”.

The 76 year old man is based in California and he is the managing director of the firm, Tomahawk, which he founded in the year 2010.

The SEC however took to notice that this firm violated the registration and antifraud provisions of the federal securities laws, thereby asking them by law to stop work and never to resume again, in the process relieve him( Thompson) of his duties from serving as a CEO of any firm whatsoever.

In connection to this, SEC’s cyber unit chief, Robert A. Cohen came out to sound this as a warning to all investors out there, asking them not to fall victims to the old-fashioned way of using oil and gas schemes as an innovative blockchain-based ICO’s. He called it a total scam.

The Approval Of Seven Crypto B..