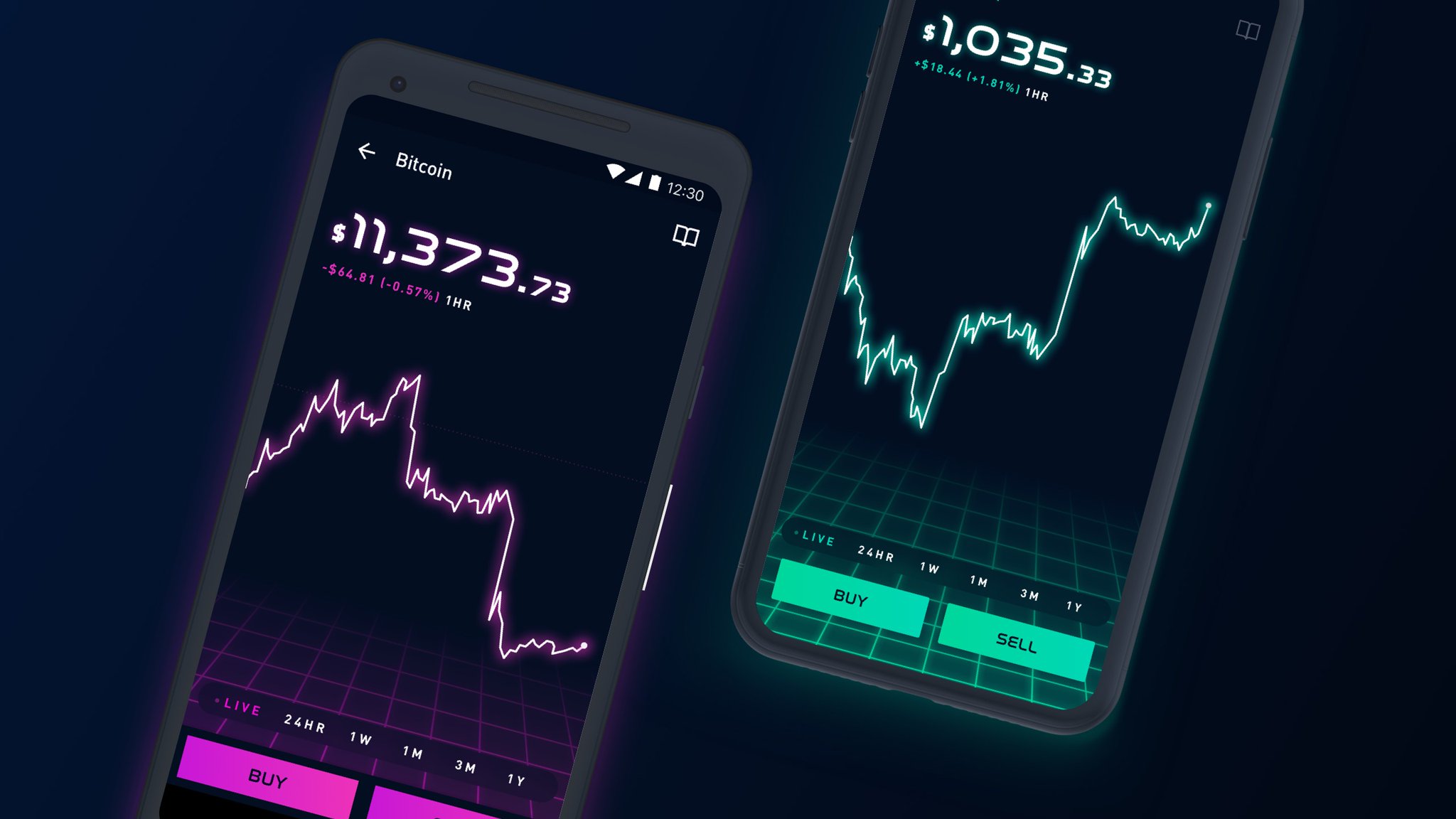 Robinhood is a popular stock trading application which has made life extremely easy for those who want to invest in stocks, without worrying about the hustle and bustle of Wall Street. Today, the company announced that it will be bringing crypto-trading to its application in February.

The stock trading app Robinhood will let you buy and sell Bitcoin and Ethereum without any added transaction fees starting in February. This compares extremely favourably to Coinbase’s 1.5 to 4 percent fees. Only BTC and ETH will be available for trading when that rolls out to waves of users starting in California, Massachusetts, Missouri, Montana, and New Hampshire in February, though more will be added.

“We’re extremely selective about the cryptos we’re making available on the platform. We’re introducing those first because these are the most mature coins that people are trading these days. Multiple times people have declared them dead and they’ve come back stronger than ever.”

Tenev went on to say:

“We’re planning to operate this business on a break-even basis and we don’t plan to profit from it for the foreseeable future. The value of Robinhood Crypto is in growing our customer base and better serving our existing customers.”

By essentially using crypto trading as a loss leader instead of its primary business like Coinbase and other apps, Robinhood clearly hopes expand far beyond the 3 million users it already has. And by combining it with traditional stock, ETF, and option trading in a single app, Robinhood could further legitimize the cryptocurrency craze. The two trading worlds could cross-over especially as so many younger people are now being introduced to the concept of trading via crypto. Fve-year-old Robinhood has raised $176 million from top investors including Andreessen Horowitz, Index, and NEA that now value the company at $1.3 billion. There’s clear long-term benefit to rolling up crypto traders and using the feature as a wedge to get them to hold money with Robinhood where it earns interest, and pay for the Robinhood Gold premium tier for $6 to $200 a month that lets them borrow between $1,000 and $50,000.

With Robinhood Crypto you can instantly transfer up to $1,000 from your connected bank account (more if you have a Gold membership), with additional funds coming over slower ACH transfer. For smaller traders, that could eliminate the delays on other platforms that can make you miss a low price.

When you place a buy or sell order, Robinhood gives you an estimated price, connects to a slew of trading venues, exchanges, and market centers to find the lowest price, and uses its economies of scale to improve to score better prices over time. To counter market volatility, Robinhood puts a “collar” around your trade so if it can’t execute it at close to the estimated price, it waits for the price to return or lets you know.

And in case the price of a coin skyrockets or plummets, you can place limit orders to set a price where you automatically buy or sell. The full list of coins you can track is Bitcoin, Ethereum, Bitcoin Cash, Litecoin, Ripple, Ethereum Classic, Zcash, Monero, Dash, Stellar, Qtum, Bitcoin Gold, OmiseGo, NEO, Lisk, and Dogecoin.

To back-up the new Robinhood Crypto feature, the company is adding new two-factor authentication options including integrations with authenticator apps to ensure people don’t get their wallets stolen and dumped. “There are several senior world-class people that we’ve hired recently that are building the system in-house” says Tenev. Still, the move paints a giant target on Robinhood’s back. If the company gets hacked, or individual users get robbed, it could tarnish the fintech startup’s reputation.

Demand for the product was clear, though. 100,000 of Robinhood’s users were regularly seaching for crypto pricing and trading in its app, and 95% of those surveyed said they’d invest in cryptos if the product supported it. Robinhood even had to send a cease-and-desist to “Cobinhood”, a competing crypto trading app that cribbed its name and raised $10 million in an ICO.

Judging by the choices of two top startups, you could see this week as a sign of cryptocurrency’s shifting purpose. Yesterday Stripe removed Bitcoin as a payment option on its platform, and now Robinhood is adopting trading. “People are thinking about cryptos less from a payments standpoint and more from an assets investment standpoint” Tenev explains.

Tenev admits to some interest in crypto:

“I’m a dabbler, definitely, but I wouldn’t say that it’s all that significant.”

However, it’s a good fit for his business, which used a lean engineering team to drop stock trading fees to zero while competitors like Scottrade and E*trade can charge over $6 per trade to cover their marketing and expansive retail operations. Robinhood has handled $100 billion in transactions, saving its users over $1 billion in fees.

“[Cryptocurrency] puts power that’s historically been held by financial institutions in the hands of the people. I think that lines up directly with Robinhood’s mission to democratize the financial system. We’re an established company and we can handle it”.

According to Robinhood, their “Early Access” line is growing at a tremendous rate. Over at Crypto.Robinhood, the line went from a couple thousand to 20,000 in less than an hour, then jumped to over 150,000. Better get your application in soon.

The Biggest Crypto Theft in Hi..

Will Lighting Network Lead to ..