Is It Still Worth Investing In Cryptocurrencies Despite The ...

Is It Still Worth Investing In Cryptocurrencies Despite The Recent Volatile Movement? 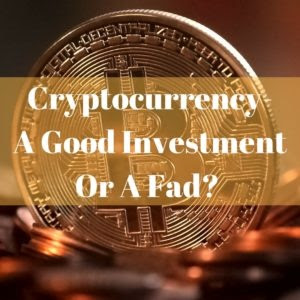 One of the ways to make money aside from the normal income that comes your way is either by investing or doing something aside from your regular job that generates more income.

Talking about investing, many people have resolved in investing in different kinds of assets and ventures which in one way or the other generate sums of money in the future. Real estate, mutual funds, interest-bearing accounts, is among the few investment options business-minded people are presented with.

In the past few years, cryptocurrency has become the new face of investment.  Since its inception in 2009, bitcoin has seen lots of ups and downs with it increase and decrease in price. Regardless of its nature, it has also seen lots of investment in it since 2009.

If your question is whether it is ok to invest in the cryptocurrency, the answer will be yes, but you have to be ready for the roller coaster ride with respect to the rise and fall of the currency. It is amazing how bitcoin can surge in price within a twinkle of an eye and fall in price before you are done with rejoicing.

Earlier this year, the price of bitcoin fell below $6000 which rose the concerns of investors and later surged to almost $9000. Thus to let you know cryptocurrencies are characterized by fluctuations every now and then hence it is advisable to invest with an amount you can afford to lose.

Despite the uncertain nature of bitcoin, investors whom over a long period of time have invested in the currency can now boast of huge sums of money. If a person invested in bitcoin since 2011 with 1000 dollars, this person will have 36.7 million dollars to his credit as at January this year.

Same way $100 invested in bitcoin in 2010 would be worth more than 28 million as at December 2017. Hence, just like any investment, one needs patience, especially with cryptocurrency if you want to make huge sums in the future.

To invest in bitcoin now you will need huge chunks of sums today. Currently, bitcoin sells for $6,479 As at the time of writing this Article, Notwithstanding, they are other currencies such as Ethereum and Litecoin and just like bitcoin these two can generate huge sums for you in some years to come.

You would also want to take note that to invest in a cryptocurrency you would have to learn and educate yourself well enough to enable you to understand how it works.

Ever Wanted To Co-own A Crypto..