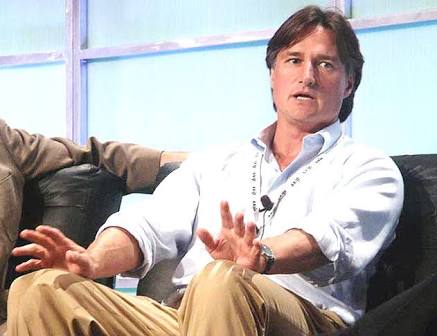 News reaching us today illustrates that the founder of CNET has succeeded in raising a whooping sum of $50 million from an ico that was conducted privately, featuring Galaxy investment partners, Alphabit fund, Ethereum co-founder(Anthony Di lorio), Akamai co-founder Randall Kaplan and science blockchain as it’s leading and early investors in the project.

The CNET founder, Halsey Minor in one of his recent interviews narrated that he is working towards creaing his own cryptocurrency, Videocoin by name, which he regarded as the next-generation infrastructure. He also plans to create a platform that allows to send their video streams out to unused computer infrastructure, such as server farms that have excess capacity for processing.

On this same interview, he also said that money is no longer made from streaming a Tv show or a sports game directly to your laptop but Videocoin is here to change all of that if it SUCCEEDS on its mission, stating that the project aims at improving the video streaming business by broadcasting over the airwaves rather than using the old traditional method of broadcasting over the internet. The differences can be seen here. Signals from broadcasts done over the airwaves reaches many devices in the former while, Signals from broadcasts done over the internet goes to only one device in the latter.

He concluded by saying that VideoCoin will not be doing a public sale but there will be details about an airdrop to supporters over its Telegram channel in the next two weeks.