Darkest Before the Dawn – Reasons to be Bullish on Bit...

Darkest Before the Dawn – Reasons to be Bullish on Bitcoin 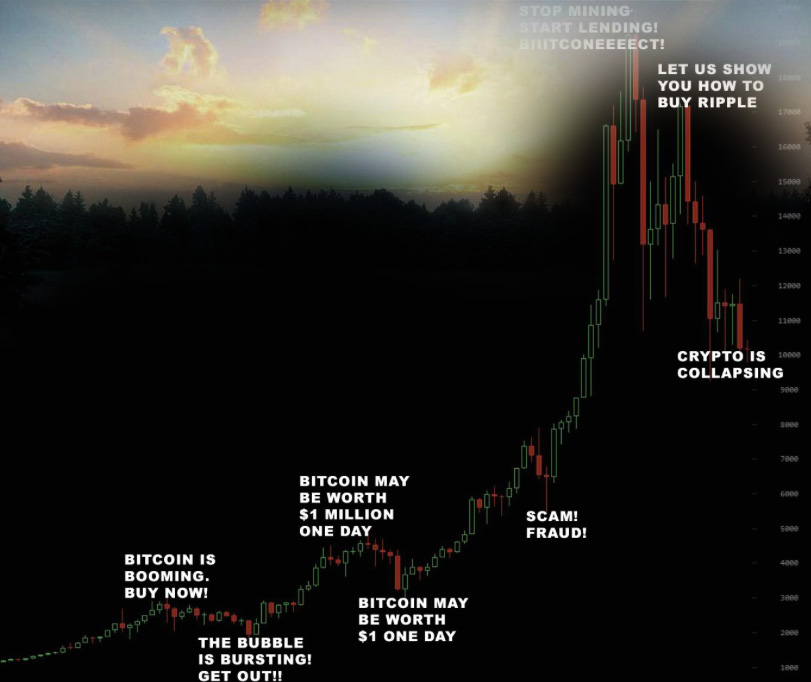 As the Bitcoin price dips below $10k there is an obvious tension and nervousness in the air. However, it’s at times like these that it might be better to look away from the charts and focus on all the amazingly positive news that has been announced over the first month of 2018.

South Korean regulators have imposed new requirements when it comes to the trading of cryptocurrencies that will legitimize cryptocurrency as a whole. These regulations may slow growth at first, but long term they are a very positive step that should ensure long term stability and growth.

It will no longer be possible to buy or sell cryptocurrencies on South Korean exchanges without verifying your identity. This really bring korean exchange inline with their global counterparts, with virtually all exchanges perform a KYC check.

All of this confirms the South Korean government has no intention of banning cryptocurrency trading altogether. It is taking a reasonable approach to regulating trading platforms and exchanges. It is highly doubtful any of the top platforms will lose customers because of these new guidelines.

Knowing there will be no complete ban on cryptocurrencies is a positive sign, and the new regulations will only lead to a healthier cryptocurrency ecosystem moving forward. Even though the ban on anonymous trading will always be considered somewhat controversial, if it is the price to be paid for long term growth then it is a price well worth paying.

Japan was also the first to lead the way in terms of Bitcoin adoption and there has been a boom in businesses trying to integrate Bitcoin payment systems. Even salaries in Japan are starting to be paid partly in Bitcoin as CoinDaily reported earlier.

Bic Camera, a major consumer electronics retail chain in Japan, has partnered with Bitflyer the largest Japanese bitcoin exchange by volume. Bic Camera began a trial to accept bitcoin payments at two of its locations in Tokyo last month, using the Bitflyer’s payment system. The company intends to roll out this system nationwide as soon as any bugs have been ironed out of the system.

Line, the Japanese messaging app with around 200 million monthly users, is embracing bitcoin and other cryptocurrencies to fend off increased competition from Facebook and others.

Over the last month, bitcoin transaction fees have dropped to less then $1 for median-size payments and some payments can now be sent for just a few cents (1-2 sat/byte are now getting confirmed on the next block).

It’s possible that bitcoin fees are now lower simply because the FOMO around getting some bitcoin before the price goes to the moon has subsided, leading to a decline in demand for block space.

Another explanation is that a large amount of new hashing power has come online, which has increased the frequency at which blocks are found. This would increase the capacity of the network.

The introduction of SegWit, a soft fork that has enabled an increase to the block size limit (and thus the supply of block space) has also likely had a significant role to play.  At the time of writing around 15 percent of transactions are using SegWit. In addition to batching and SegWit, other methods of using the blockchain more efficiently, such as UTXO consolidation and dynamic fee estimation, may also be leading to generally lower transaction fees.

Transaction Speeds Are Up

With the mempool clearing, possibly due to less spam and increasing use of SegWit, transaction speeds have improved dramatically.

One of the most highly anticipated solutions in this regard — especially for lower value transactions — is the lightning network. This overlay network, first proposed by Joseph Poon and Tadge Dryja in 2015, promises to enable near-free transactions and instant confirmations.

Square has added Bitcoin to it’s Cash App and Jack Dorsey has sent out a ringing endorsement of Bitcoin to his 4.1 million followers. This single tweet would have been huge for Bitcoin a few months ago. Now it is just part of the the adoption announcements coming thick and fast.

Instant buying (and selling, if you don’t want to hodl) of Bitcoin is now available to most Cash App customers. We support Bitcoin because we see it as a long-term path towards greater financial access for all. This is a small step.

Revolut are opening up their cryptocurrency platform for non-premium users. Recent Tweet from them shows that 100,000 people have applied to unlock cryptocurrency in the first 2 hours alone.

CoinDaily reported on the some great tech coming to Bitcoin in 2018:

RSK goal is to add value and functionality to the Bitcoin ecosystem by enabling smart-contracts, near instant payments and higher-scalability.

Monero (XMR) and Zcash (ZEC) can be replaced by TumbleBit. TumbleBit is a new anonymous payments protocol that is fully compatible with today’s Bitcoin protocol. TumbleBit allows parties to make payments through an untrusted Tumbler. No-one, not even the Tumbler, can tell which payer paid which payee during a TumbleBit epoch.

Designed to solve some of the technical limitations of the Bitcoin blockchain, but could be implemented on top of any blockchain. Lightning Network can enable near-instant transactions, at a rate of thousands to millions per second, with fees of a fraction of a cent (or even free).

An atomic swap is a direct trade between two different coins running on two separate blockchains; there are no centralized-exchange websites or other third-parties required for this trade. The technology enables common users to bypass the labyrinth of website-exchanges currently necessary to purchase cryptocurrencies. Once implemented, the atomic swap will allow common users to trade and purchase any desired coin directly within their own wallets.

Any one of these items would have sent the price of Bitcoin skyrocketing a year ago, but as the mainstream accepts Bitcoin and news comes thick and fast it is taking more and more for these very positive announcements to move the market. Sometime price action is all that matters and the old trading adage of buy the rumour, sell the news holds true.