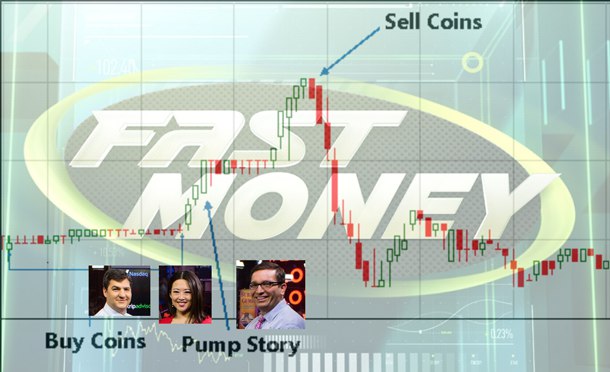 Popular news outlet CNBC has come under heavy criticism recently from members of the cryptocurrency community who have accused them of manipulating crypto market prices to their benefit.

CNBC which has been consistent in its coverage of cryptocurrency are alleged to have been using their media influence to manipulate market values to their benefits. The CSO of Blockstream, Samson Mow took to twitter to call out CNBC for the alleged actions and has called on the SEC to investigate CNBC, he tweeted: Samson also pointed to possible evidence of this allegation against the staff of CNBC. The evidence which is a compilation of tweets seemed to highlight the various times CNBC engaged in market manipulation.

Another twitter user who goes by the name @BTC4USD also called out CNBC’s host Brian Kelly for his previous involvement in pump and dump schemes.

CNBC is yet to respond to any of these allegations leveled against them. The entire industry have their eyes peeled looking to see if the SEC will look into these allegations. Market manipulations are becoming a norm in the Crypto industry and should be weeded out completely. Do you think these allegations have any merit and the SEC should intervene? Let us know your thoughts in the comments.