Christmas Decorations Consume As Much Electricity As Bitcoin...

Christmas Decorations Consume As Much Electricity As Bitcoin Mining 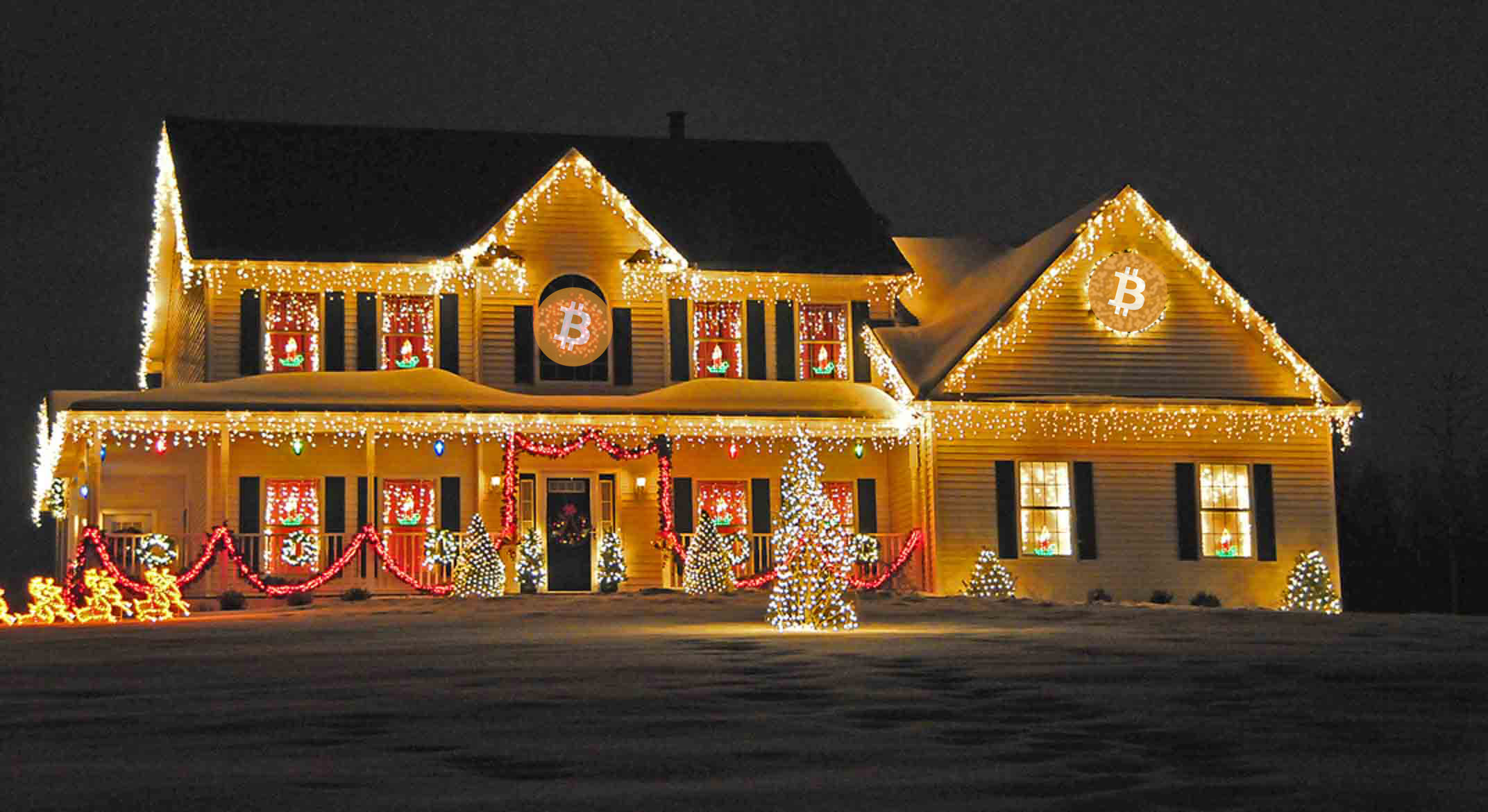 There have been a lot of articles recently talking about the crazy the electricity consumption of bitcoin mining. Something did not quite feel right about many of the statistics and arguments being put forward so I decided to do my own research on the subject and the results are not quite as alarmist as you might have read elsewhere.

How Much Energy Are Mining Farms Using?

We have all seen photos of large data centers hosting mining hardware built from specialized ASICs designed to solve the Bitcoin proof-of-work (a double SHA256 hash.) These data centers tend to be located in places with inexpensive electricity, often where hydroelectricity is plentiful, like Washington State in the U.S, or more often in rural parts of China.

Previous estimates about power consumption have not been very accurate, often making simplistic assumptions. I have drawn on the data provided in an excellent blog post by Marc Bevand on this subject. He contrasts the Bitcoin hash rate with the market availability of mining ASICs and their energy efficiency. This gives the lower and upper bounds for the global electricity consumption of miners. He found that the range of electricity consumption was between 6.78 TWh/year and 2.85 TWh/year which gives an average assumed consumption of approximately 4.73 TWh/year. According to IEA statistics, the world’s consumption of energy for year 2013 was 108,171 TWh. So that means Bitcoin mining currently consumes around 0.0044% of the worlds electricity.

In addition most miners use clean renewable energy; competition in the mining industry forces them to use renewables due to their lower costs (as opposed to more expensive sources such as coal power plants) which are also highest emitters of pollution. They usually select hydroelectric power which has a near-zero carbon footprint and the lowest cost.

The Economic Argument for Mining

The security of the Bitcoin blockchain fundamentally depends on its proof-of-work, based on calculating SHA256 hashes. The network of miners use their SHA256 computational power to vote on which block chain to trust in order to confirm transactions. They are incentivized to do this by being rewarded with transaction fees as well as newly mined coins. Because computing power cannot be faked, voting cannot be cheated. This is in essence what makes Bitcoin’s existence possible.

Miners currently use approximately only 0.0044% of the energy consumed by the world. Most are forced to use hydroelectric power (zero carbon footprint!) because using cheap renewable energy is a necessity to compete in the ultra-competitive mining industry.

Mining would be a waste if there was another more efficient way to implement a Bitcoin-like currency without proof-of-work. But current research including Proof-of-Stake has not been demonstrated successfully so far.

Even in the future, economic modeling predicts that if Bitcoin’s market capitalization reaches $1 trillion, then miners will still not account for more than 0.74% of the energy consumed by the world. If Bitcoin becomes this successful, it would have probably directly or indirectly increased the world’s GDP by at least 0.74%, therefore it will be worthwhile to spend 0.74% of the energy on it.

Finally, the energy cost per transaction is currently declining thanks to the transaction rate increasing faster than the network’s energy consumption.

We often read about how Bitcoin is using more power then Ireland, or Denmark, but the reality is that when we look at the carefully calculated estimates, the reality is that it is closer to the power generation of a very small island country like Cyprus at 4.53 TWh. Data from the Internation Energy Agencies Energy Atlas.

The numbers used here may sound like a lot of electricity but when we consider the big picture, Bitcoin mining is not wasteful. An interesting comparison to make is that according to a 2008 study from the United States Energy Department’s Energy Information Administration (EIA) these figures are less than the annual electricity consumption of decorative Christmas lights in the USA in 2008 (6.63 TWh/year.)

Can Crypto Usurp The Dollars W..