Bitcoin Appears On The Front Page Of The Times Ten Years Aft... 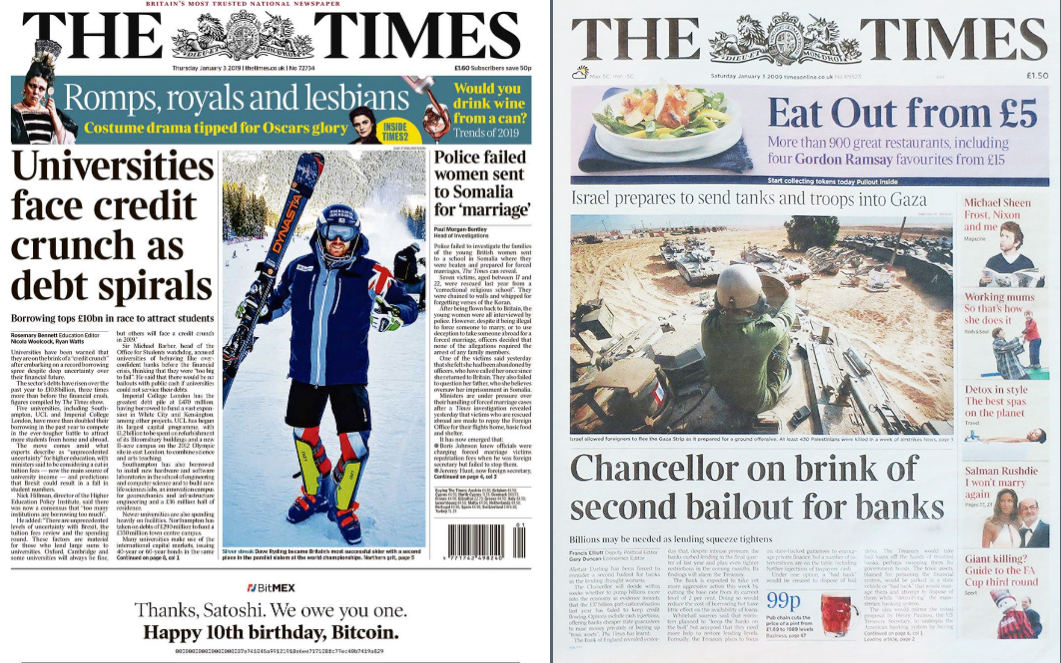 Today’s Times newspaper (3rd January 2019) celebrates Bitcoin’s 10th Birthday thanks to BitMEX who have paid for a thank you message to Satoshi Nakamoto for Bitcoin. This comes ten years to the day after Satoshi Nakamoto quoted the front page of the same publication in Bitcoin’s first block (#0).

On the front page is the hash of the Bitcoin block 554,509. BitMEX thanked @JihanWu and @btccom_official for including the message “ThanksSatoshi” in the Coinbase input.

It’s interesting to note that even if Satoshi were to reappear and want to spend these coins, he would not be able to do so. In Bitcoin and most Satoshi-codebase cryptocurrencies, the recipient or founder cannot spend the first mining reward due to the way the code was originally written. However, there are a few hundred thousand other coins attributed to him that could be spent.

The “Happy Birthday Bitcoin” advertisement in the current Times has actually two more full pages with explanations and a logarithmic chart of the bitcoin price since it’s inception ten years ago. 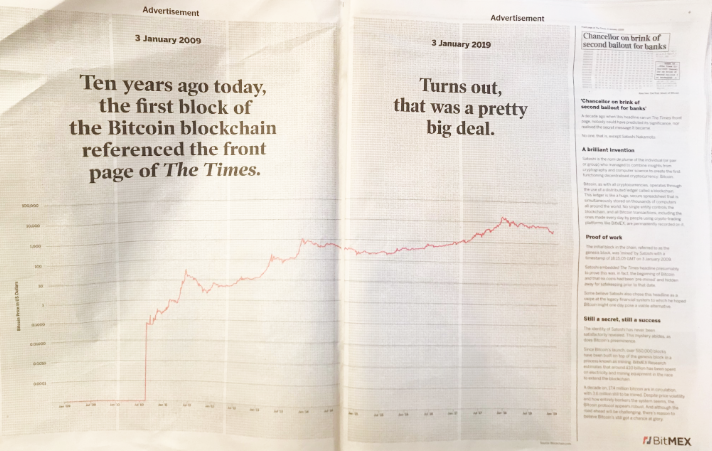 Ironically the headline of The Times today is referring to a potential financial crisis for Universities:

“Sir Michel Barber, head of the Office for Students watchdog accused universities of behaving like overconfident banks before the financial crisis, thinking they were “too big too fail”

Could we see a headline like “Chancellor on the brink of bailout for the universities”?