Why This Volatility is Not a Problem

Why This Volatility is Not a Problem 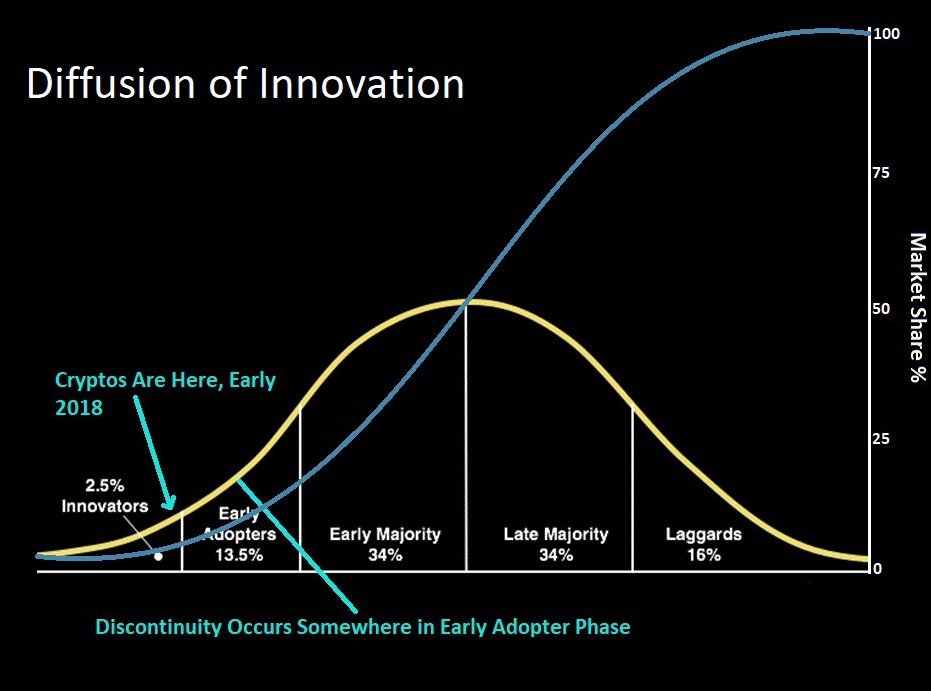 I think it’s very important and helpful to understand why the crypto market has such remarkable volatility and why this volatility may actually increase over the next couple of years. These swings in the market price can be worrying, even depressing and this one is particularly bloody. However, dips in immature markets such as the crypto market happen with relative frequency and every single drop has resulted in a return to ATHs in a fairly short time frame.

We see over and over full hype cycles, exponentially larger, happening over an S-shaped adoption curve. Zooming in hype, zooming out adoption.

Bitcoin is basically unregulated. That means money can come and go extremely rapidly. In most markets, large banks have to account for what they are doing most of the time. This provides a degree of smoothing you don’t get in bitcoin trading.

Bitcoin investors are emotional. Many traders are young and / or inexperienced, this leads to exaggerated panic selling and FOMO. Seasoned investors have emotions too, but act more methodically. They would, for instance, have scheduled accumulation or divestment plans instead of waking up one day and saying ‘oh shit’ and pressing the sell button.

Bitcoin’s market cap is still small compared to traditional stockmarkets. Total crypto market cap is $278 billion and this lack of inertia and relatively low liquidity means it can have extreme movements and is very easily manipulated.

Bitcoin investors are relatively inexperienced. Rather than focus on fundamentals like network effects, scalability, roadmaps, product development and make decisions based on them. Many traders are just chasing quick gains. It’s quite probable that young traders did not factor in taxes when trading during 2017, which may be the true cause of this panic selloff. Traders having to liquidate all or a huge percentage of their holdings just to pay the tax man.

Bitcoin investors do not have a long market history to look back on. Unlike with stocks, bonds or fiat currency, nobody has a reliable model to determine the fundamental value of most crypto currency. That means there is no price anchor at all.

Bitcoin is taking off because people woke up to its power. Checking accounts without a bank, gambling without a house, decentralised data services, the list of benefits offered by truly decentralised, trustless system is a long one. From an innovation perspective this is a paradigm shift and the world is beginning to wake up to that fact.

Bitcoin is by far the best-positioned coin to capitalise on overall growth in the crypto market due to its existing network effects due to depth and breadth of developers, true scarcity, strong consensual governance, and the coming scalability and privacy improvements. You can read more about the upcoming tech trends for 2018 in an earlier article on coindaily.

Bitcoin is poised to roll out much faster. The dot com bust happened at a time when the infrastructure wasn’t there and wouldn’t be for another decade. There was no broadband and no such thing as a smartphone. Web 2.0 did not exist, the web was still composed of (mostly) static pages and some basic e-commerce. With bitcoin, there is no hard infrastructure to build and most of the scaling and tx cost issues have been resolved.

For context, #bitcoin is flat over the last three months, up 125% in six months and up 622% over one year. pic.twitter.com/kF3ycUlykv

I’m still a holder of bitcoin as I have been through all previous downturns. I believe in the tech and the recent price drops just offer more opportunities to buy more bitcoin.

Disclosure, yes I own bitcoin.

Finally I will just leave this here:

Augur is About to Launch With ..