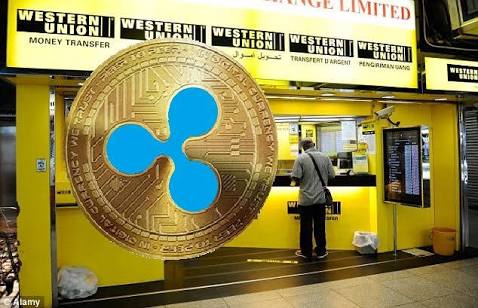 The partnership between western union and ripple is one of the best things that has ever happened to ripple. It’s initiative may not pay off now, but wee would all see it’s effect in the future.

However, Ersek stated that the collaboration between two of them has not resulted in cheaper transaction for its customers. The only benefit that can be found as of now, is it’s speed in transmission. He also concluded his speech by saying “it won’t really matter if the charges for the services does not change as far as there is an improved speed of transaction”.

According to Ersek, the already conducted test of XRP in financial transactions has proved that xrp is still too expensive to use. If there are no significant improvements in the months to come, it is likely Western Union will drop Ripple and XRP altogether.

Even at that, the experiment will still continue for the time being. As it stands now, it is only western union that has shown any negativity towards ripple integration, others are just hoping on XRP and X rapid to have positive effects when they are fully integrated.y

Ethereum Devs To Mix Casper An..