Walmart Delivery Drones To Be Tracked With Blockchain Tech

Walmart Delivery Drones To Be Tracked With Blockchain Tech 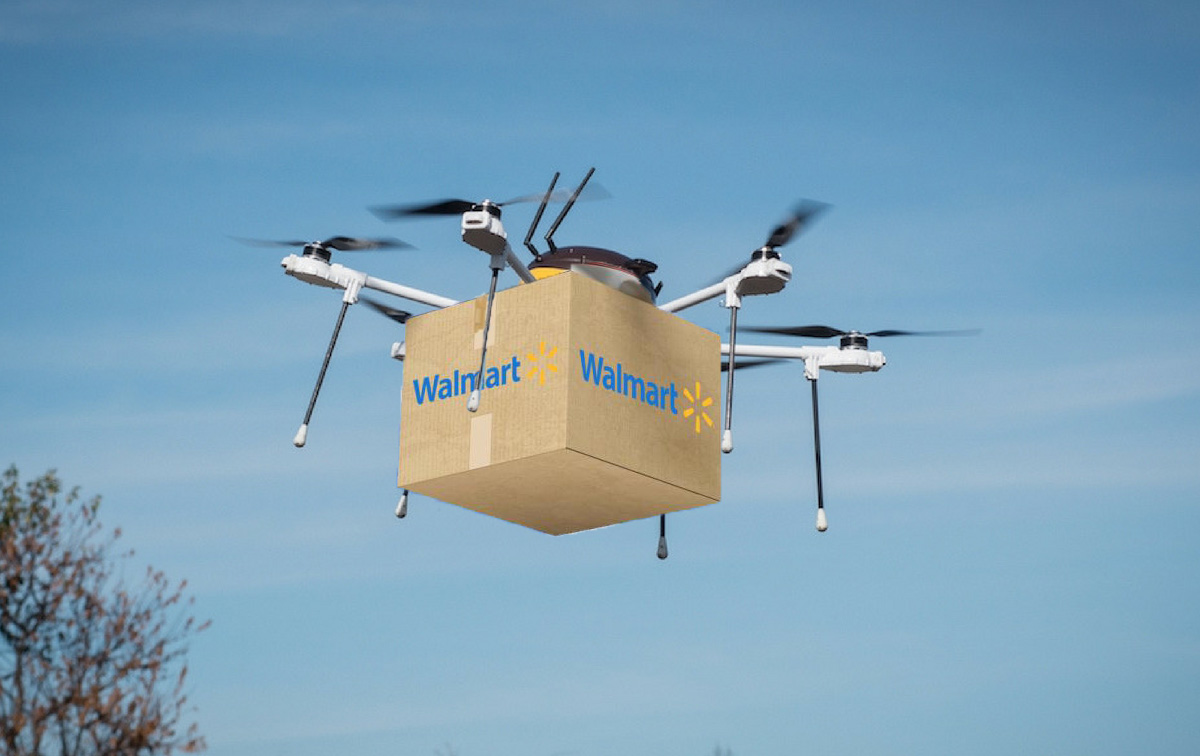 Retail giant Walmart is seeking to patent a system that uses blockchain technology to track packages delivered by unmanned drones.

The patent application, entitled “Unmanned aerial delivery to secure location,” describes a process by which Wal-Mart could automate the logistics of delivery drones. As outlined, the retailer is looking at blockchain tech as a way to track shipments that involve flying drones.

“In some embodiments, the delivery box may also include a delivery encryption system comprising a blockchain for package tracking and authentication. Package tracking by blockchain may include elements including but not limited to location, supply chain transition, authentication of the courier and customer, ambient temperature of the container, temperature of the product if available, acceptable thresholds for ambient temperature of the product, package contents placed in the container system (products & goods), or a combination thereof.”

Although vague on specifics the authors of the patent describe the general mechanics of a hypothetical delivery. Here’s how it works: As a drone approaches a delivery box, it authenticates itself with a “blockchain identifier,” a type of numeric or encrypted key. If the code is valid, then the box unlocks, opens, and accepts the package.

It’s a notable release from the global retailer, which has revealed some of its work with blockchain in the past. For example, in October 2016, Walmart announced that it was working with IBM to develop a supply chain solution focused on China’s pork market, the largest in the world.

The application also details how the tech could be used to establish identity within the package system.

“Authentication and access may be restricted to specific blockchain keys to access the contents of a parcel’s payload, and may include specific times and locations,” the authors write. “Access to the contents may be determined at the scheduling and purchase of a delivery or products.”

Why Litecoin When There's Bitc..