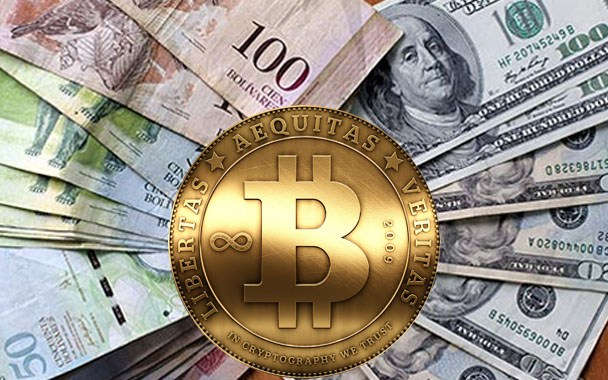 The president of Venezuela, Nicolás Maduro, announced on Sunday that his country will create a national cryptocurrency called the Petro. Its goal is “to combat what the leftist leader says is a financial ‘blockade’ against the crisis-hit nation spurred by U.S. Sanctions,” Reuters reported.

Maduro explained that the new currency will be “backed by oil, gold, gas and diamond reserves,” Agencia Venezolana de Noticias wrote. He was quoted saying:

“I want to announce that Venezuela is going to implement a new cryptocurrency system based on oil reserves, in order to advance in the area of monetary sovereignty. This will allow us to move towards new forms of international financing for the economic and social development of the country.”

Following Maduro’s announcement, the Venezuelan finance ministry emphasized that a cryptocurrency system is necessary for carrying out financial transactions and for providing new financing options.

The idea of creating a national cryptocurrency in Venezuela “was met with widespread scorn from Maduro’s foes who doubt that economically crippled Venezuela could pull off the launch of a cryptocurrency,” Reuters described.

“It’s Maduro being a clown. This has no credibility,” opposition lawmaker and economist Angel Alvarado told the news outlet. Opposition legislator Jose Guerra added, “I see no future in this.”

Venezuela’s fiat currency, the bolivar, has been in a free fall. It lost about 57 percent last month in the black market, dragging the country’s monthly minimum wage down to $4.30, the news outlet detailed. “Millions of Venezuelans plunged into poverty are struggling to eat three meals a day.”

On Friday, the black market rate for one dollar is 103,000 bolivars; it was 10,000 at the end of July. According to the International Monetary Fund, Venezuela’s economy is shrinking 12 percent this year and its annual inflation rate is expected to surpass 2,300 percent next year.

The country’s hyperinflation has made Venezuelans turn to bitcoin mining in order to afford basic necessities since power is heavily subsidized to the point that it is essentially free. Daniel Osorio of Andean Capital Advisors told CNBC in September that hyperinflation makes it impractical to use cash since dollars are in short supply in Venezuela.

“we are beginning to see in Venezuela, potentially, the first bitcoinization of a sovereign state.”

The Winklevi are now Bitcoin b..