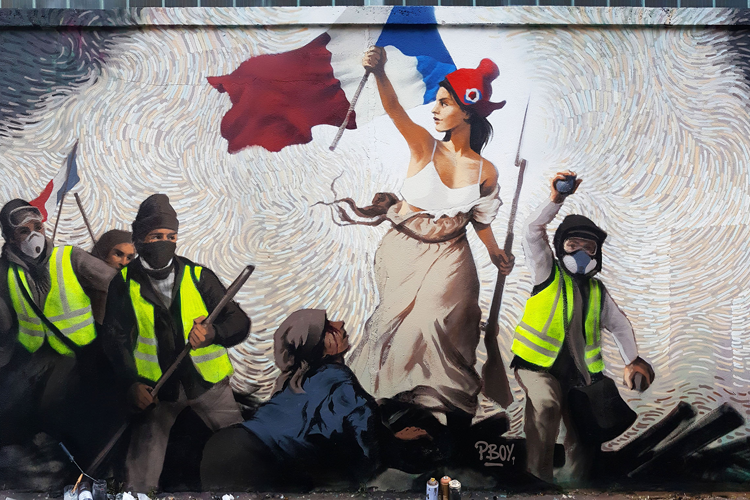 Update: Nearly one week after is was created and revealed to the world, the Paris Bitcoin puzzle mural has been solved. At the moment there is no word on who solved it, or how they did it. As soon as there any news on this we will update this article.

Update 2: It appears the puzzle was solved by two people, @a_ferron and @marabrito31

They tweeted the solution to the puzzle and how they found it:

6 words are around Marianne's head written white over white, base64, AES and Cesar cypher.
6 others are in color block barcodes palette in the VanGogh style background, 2 colors for each letters.
Full story in a post next week.

Crypto-inspired graffiti artist Pascal Boyart hid $1,000 worth of Bitcoin inside a new mural to be found somewhere in Paris three days ago. The bitcoin (0.26 BTC) was donated by notable investor, entrepreneur, startup & Bitcoin evangelist @alistairmilne.

After 3 days the bounty remains unclaimed and has actually gone up in value due to new anonymous donations. You can check the status of the bounty by viewing the bitcoin wallet address here.

Boyart made the piece as an homage to the Gilet Jaunes, or Yellow Jackets, the French protest movement fighting against the rising cost of living and indifference of president Macron.

The fresco is named after the famous Delacroix artwork ‘Liberty leading the people’, painted in the early 19th century.  It shows a woman, known as Marianne, leading a group of revolutionaries armed with pistols, swords and rifles. Boyart’s homage replaces the guns with spray-paint, sticks and gas-masks. The Gilet Jaunes protests began in November and the police have used water cannons and tear-gas to disperse activists. 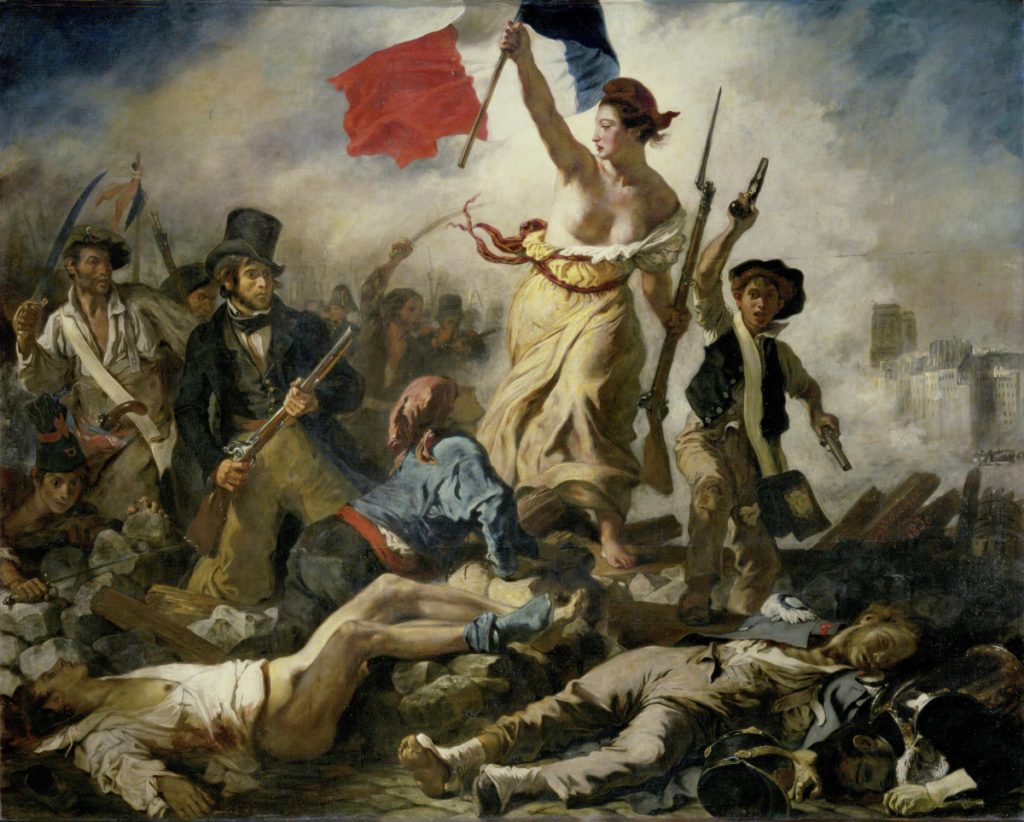 The mural was painted at an undisclosed location in central Paris. Boyart told Reddit that in order:

“[to solve the puzzle [entirely], you must be [physically] in front of the mural,”

but added it’s possible to solve “part” of it even if you aren’t in France.

Understandably, Boyart has not been keen to share any more details, in case he gives away too many hints. However, this is the internet and the location has now been disclosed as 15 Rue d’Aubervilliers, Paris.

This piece is the latest in a series of Bitcoin pieces from Boyart, who plans to create a new mural every six months, using BTC donations to fund his work. In 2018 the French artist infamously added a QR-code to one of his giant artworks, allowing him to field more than $1,000 in Bitcoin from passersby. 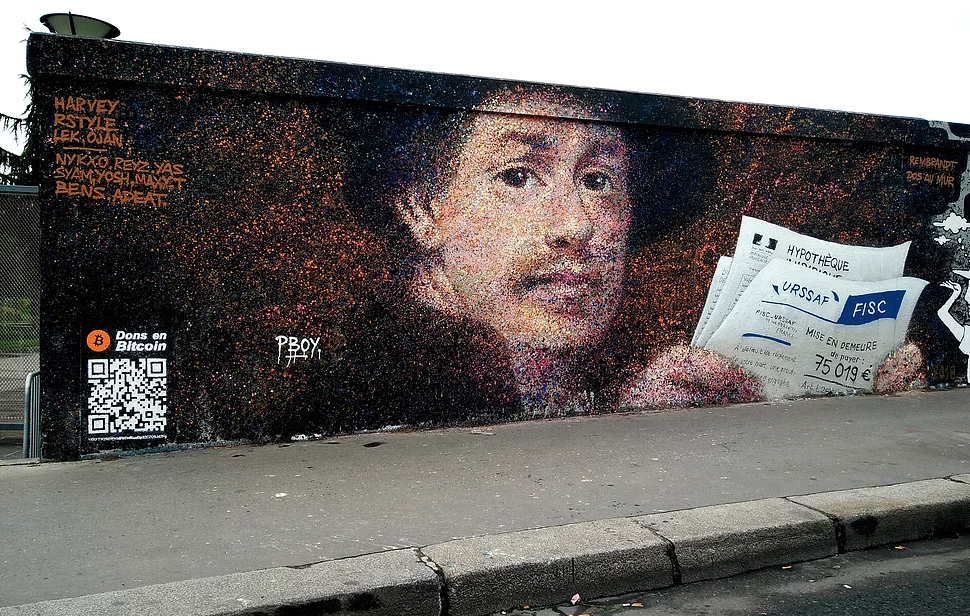 The original amount was $1,000 but anonymous contributors have since increased this to approximately $1,150 depending on which exchange you use.

3 days and no-one has taken the funds hidden in this painting …https://t.co/hHQJb1a8Em
… amount of Bitcoin is now up to 0.287xxxx https://t.co/QpCtui7Cle

You can view the HD picture of the entire frescoe here: https://i.imgur.com/BOiXPzl.jpg , but you will likely need to travel to Paris if you wish to solve it completely.

What To Expect From Constantin..