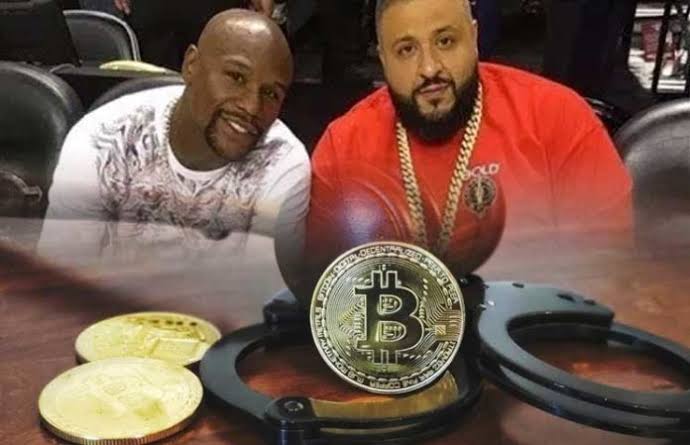 U.S. SEC is cracking down on everyone. This time around, two celebrities (Dj Khaled and Floyd Mayweather Jr.) were charged for promoting ICO’s on their social media accounts. Investigation reveals that these celebrities were paid for the promotional services. The Securities and Exchange Commission made the announcement this week Thursday.

Just like the SEC would always say, “cryptocurrency coins sold in initial coin offerings may be considered securities and subject to federal securities laws”, this gives them the right to investigate on any activities considered to be fraudulent irrespective of your personality or status.

Investigation reveals that Mayweather has reportedly received $300,000 from 3 different ICO issuers, while Dj. Khaled received $100,000 from Centra Tech. and another $50,000 from that same company.

SEC has also charged the company (Centra Tech) involved in this case with fraud. While promoting the fake project, Khaled called it “a game changer” while Floyd Mayweather encouraged its followers to invest in the project claiming that he also did same.

The SEC is once again calling on all would-be investors to carryout due diligence before investing on any ICO’s, and also not to engage in ICO’s endorsed by celebrities as they are most likely paid for promotion