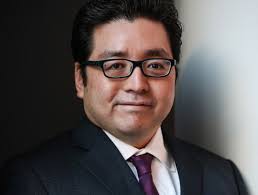 In an interview with Bloomberg on the 27th of Sept, Tom Lee, Fundstrat’s head of research predicted Ethereum (ETH), the major Altcoin is about to see a “trend reversal and rally strongly” up to $1,900 per token by the end of 2019.

While making this prediction, Lee noted that the current negative sentiment being imposed on ethereum market today will be the reason for its strong rebound in no distant time from now.

If Lee’s prediction eventually come to pass, that means the major Altcoin has hit a price point that is at least 40 percent higher than its all-time high of $1,349, recorded on January 13, 2018.

2 months ago, Lee Predicted that Bitcoin will hit $22,000- $25,000 By the end of this year. However in his interview with Bloomberg yesterday, he still repeated that same words. The 2nd Largest cryptocurrency by market capitalization and rank was launched on the 30th day of July 2015, ever since then, it has been on the lips of every investors in the crypto world.

Although, XRP is really proving to be competitive as it has overtaken ethereum twice in terms of market capitalization, this month.

BitGo's Next Plan Is To Secure..