Today Marks The Launching Of A New Global Blockchain-Enabled... 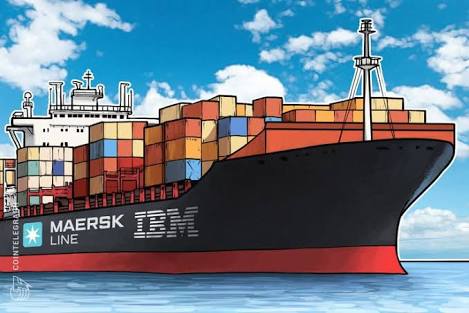 The source stated that the platform will be able to track critical data about each shipment in a supply chain in real time, generating a distributed, immutable record on the fly.

Already, over 20 ports and terminals have been in partnership with this new solution. In a private interview with Forbes, IBM’s general manager stated thus:

We have seen a lot of skeptics talk about the validity of blockchain solutions […] I think with over 90 organizations and over 150 million events captured on the system we really are seeing proof in the pudding in terms of where people are spending their time to get benefits from blockchain.

Back in March 2017, a 12-month trial was carried out for what would have become TradeLens, initiated by the two companies involved as they staked their departure away from legacy technology platforms, which reportedly revealed that that the blockchain-enabled solution could “reduce the transit time of a shipment of packaging materials to a production line in the United States by 40 percent,” saving “thousands of dollars.”

As at the time of filling this report, the platform is only opened to early adopters and will be fully turned into a commercial platform by the end of this year.