The Unpredictability Of Crypto Reveals Itself In A Grand Way... 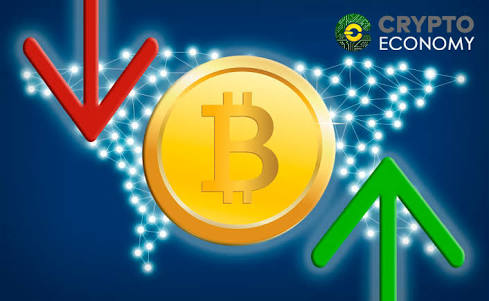 In the past two weeks or less, we have seen many crypto analysts coming out to predict the next move to be taken by major cryptocurrencies like Bitcoin And Ethereum. Some predicted Bitcoin to hit $20,000 mark before the end of this year while others predicted that the crypto market will never see 1000% increase again in its lifetime (Vitalik Buterin). Most people also predicted the death of Ethereum because of its poor performance in the previous weeks, but all of these predictions seems not to be happening right now.

Yesterday, the crypto market experienced a mixture of red and green with some small fluctuations and the total market cap. maintaining a stagnant position all throughout the day. Yesterday, the price of BTC was sitting around $6,504 but currently its trading at $6,491 down 0.19% in the past 24hrs. Although, Bitcoin is still holding weekly gains, up about 5.1% over the past 7 days.

Ethereum traded at $222 yesterday but currently its trading at $220 measuring about 12% gain over the previous week. Yesterday, the total market cap was sitting at $201 billion point for the most part of the day, but today its seen sitting at exactly $202 Billion. Infact the amount at which it is sitting on right now is not stable as it fluctuates every now and then.

A day before yesterday, Tim Draper of Silicon Valley ventures predicted the market to hit $80 trillion in the next 15 years, citing the variety of markets that will be transformed by the cryptocurrency industry. Only time will tell if he is right.

Stellar (XLM) and Dogecoin (DOGE) are seeing biggest gains among the top 20 cryptocurrencies by market cap over the past 24 hours, up 2.6 and 4.3 percent respectively. Stellar, the sixth top coin by market cap, is now trading at $0.21, while DOGE, ranked 20th, trades at about $0.006 at press time.

Tezos (XTZ) and Binance Coin (BNB) have seen the largest losses out of top 20 coins over 24 hours period, down 3.9 and and 2.6 percent respectively. Tezos, which saw the largest gains among top 20 coins yesterday, is now trading at $1.58, still up 27 percent over the week, with BNB trading at about $9.98 at press time.

Ever Wanted To Co-own A Crypto..

Binance Announces That It Will..