The U.S. Navy To Adopt Blockchain Technology, Aims To Improv... 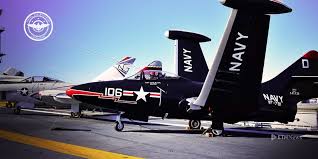 The Naval Air Systems Command, the provisioner of material support for aircraft flown by the United States Navy known as NAVAIR, announced Thursday that it has started an experimental pilot using distributed ledger blockchain technology to track aviation components through the parts life cycle.

To launch the pilot blockchain, NAVAIR partnered with Indiana Technology and Manufacturing Cos., the developers of Simba Chain. Simba Chain is a product of an Army-led Defense Advanced Research Projects Agency project for tracking secure messages using blockchain technology.

The Navy will use this technology to secure information about the aircraft parts and the supply chain involved by using the tamperproof capabilities of the blockchain and inherent security. Rapidly determining the origin and lineage of flight-critical aircraft parts is an extremely important part of the maintenance life cycle of aircraft and airborne systems.

But it’s a resource-consuming process that drives up the cost to operate military aircraft. Currently, the U.S. Navy tracks the movement and history of parts using pen and paper on a piece of paperwork called a Scheduled Removal Component Card, which is then manually entered into a database.

Using Simba Chain, NAVAIR hopes to automate parts of this process by using what is known as a secure permissioned blockchain, which is a privately hosted and secured blockchain system housed within a controlled network and access is managed by security roles.

The Feet Support Team believes that by automating and securing each action done to any part in the supply chain will help reduce costs. That’s because it will become possible to ascertain at a glance the history of a part by pulling up an auditable transaction trail. That trail is automatically updated each time a part changes hands, sits on a shelf, gets repaired, gets installed or removed.

Ultimately, the various groups collaborating on the blockchain – NAVAIR, ITAMCO, the Fleet Readiness Center and others — will work together to architect a system that will meet these demands and test how such a distributed system could be put to use.

Travis Kling, Founder Of A New..