The Parable of Bitcoin the Lake and Market Forces

The Parable of Bitcoin the Lake and Market Forces 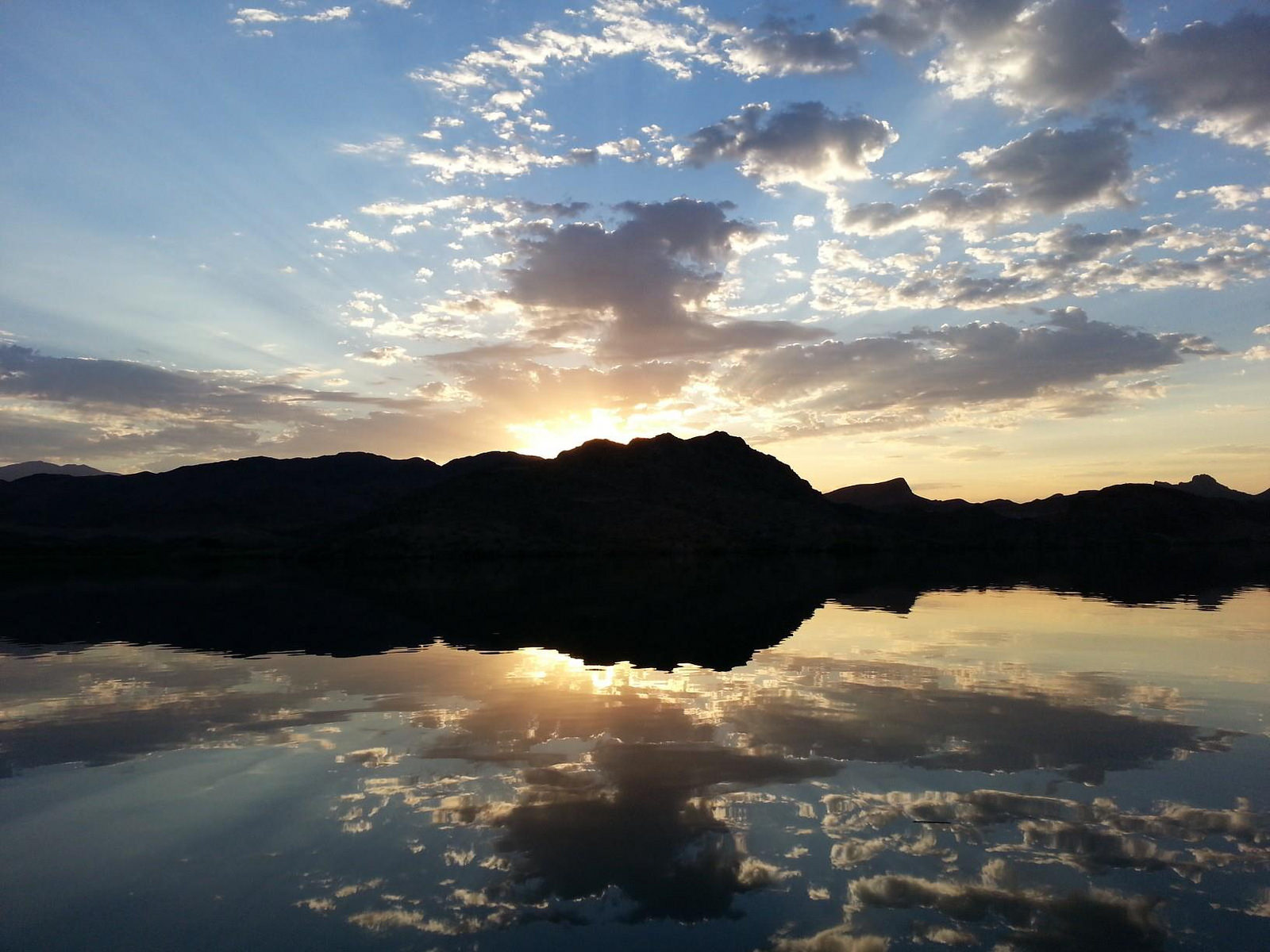 To make a kind of parable out of what I’m trying to express I liken it to – if at the dawn of time, mankind journeyed through the biblical deserts and stumbled upon a large body of water.

Like discovering some vast freshwater lake, but they hadn’t invented containers or any way to transport it yet. That will be way in the future.

I think certain members of this imaginary tribe would have recognized the gravitas of instantaneous access to water, without necessarily knowing what to do with it upon its discovery.

I’ve got some remarks about the opposing forces in the market right now.

I can see why some people are bearish:
There’s so much hype and bullshit.

Really, who the fuck needs a blockchain – I don’t?

SQL databases have long ago conquered the demands for scaling and atomicity that the majority of ridiculous alt coin projects are claiming to be hard at work solving.

Now we have the decentralization craze. Does something like Ripple even need to be decentralized? I don’t think so. Just because Bitcoin is “a decentralized, peer-to-peer currency” doesn’t mean we need a decentralized music sharing platform. Or a clunky, hard-to-use decentralized exchange that nobody asked for or needed.

So right now there’s a ton of hype and not much substance. I’m not focused on that, because it won’t affect anything in the long run. Just like how people buying pets.com didn’t stop the Internet from evolving.

Now another common sentiment I hear often – ’there’s not enough blood in the streets’ or my favourite ’there’s still toooo much greed in the market’ sound like people traumatized from the recent stomach churning plunge.

Thing is, it’s a market → Greed is a permanent fixture.

There is nearly always somebody’s blood in the streets. Either it’s your own or the one who traded against you. They will be times for both.

Why are people so bullish? Is this a cargo cult?!

Here’s a fact: there’s an entire subset of the global economy that spends innumerable man hours stressing about where to allocate significant amounts of capital for both diversification and the seeking of returns. In 2014 crypto was only on the radar of the institutional investors who make it their business to always be on the bleeding edge of emerging markets or technological developments.

It’s gradually getting to be on everyone’s radar. The rise to 20k was a wake up call that put crypto on the front page of newspapers and for a hot minute – it was on the center of the world’s stage.

The institutions and hedge funds saw Bitcoin and Ethereum and several others make a meteoric climb to the stratosphere, come plummeting back to Earth, and at the end of the day still be up 1000% over last year. That’s next level returns right there. If you think the major financiers out there aren’t paying attention now, idk think again.

Who is buying right now?

Just to give you an illustration of how these people view this market
I’ll relate an anecdote.

So back in December a fairly big investor (equities) was asking me where to buy BTC for the first time. I referred them to GDAX. It didn’t work because Coinbase had gotten swamped and didn’t have their act together. Their verification system was offline for days smh.

Anyway the market crashed and I supposed they moved on, thankful not to be stuck holding any bags. So February 6 rolls around and the market tanked. The mood around here was doom and gloom, you all remember. Anyway, so I take a call from them the next day and we’re talking and they brought up Bitcoin again. I was surprised. They asked what the current price was and I told them. They replied rhetorically: ”So, now would be a good time to buy then wouldn’t it?”

They didn’t see the end of the world, don’t know or care wtf a Tether is, or whether or not China is going to ban Bitcoin a 6th time. They saw it as an opportunity to buy something that can go to 20k (or higher) for half the price.

But why is there no VOLUME?

From this cloistered perch upon built atop a little section of Reddit real estate, the market may seem somewhat small and even knowable, but it’s a misleading view. In my view, the market’s has a larger hand any one person can comprehend. But right now it’s not being driven by day traders spending countless hours on a weekend attempting to make sense of random market noise.

The fact that the price is rising while exchange volume remains unreflective of what we’ve seen in the past simply indicates that the makeup of the market is changing. I posted about how this would play out a few months ago.
Despite the claims of “wash trading” and “manipulation” by noobs who think that having a million dollars makes the market easier to trade (it doesn’t, you simply have a new, much larger set of problems to overcome) —the paucity of current daily turnover indicates that the current momentum is being driven by larger players.

Trades taking place OTC are not explicit in exchange volume reports. If they’re present at all it’s simply because the OTC desk used the exchange to acquire/sell the coins. They’ll do this over time so as not to move the price too much. If the coins were acquired or dispatched in a different manner then there will be minimal overt effects. Also note that these people don’t trade 24/7. Some of them may make 1 trade a month/quarter.
They’re positioning themselves. Pay attention. Volume is NOT the same as turnover. Turnover will come later when people are checking their Coinbase app every 3 minutes.

Ah but OP’s Mom – that’s extrapolation is it not? After all, past performance is not indicative of future yada yada – true. It is indeed the case that one cannot determine a future probability distribution simply based on the distribution function of past returns (or see here for the easy-to-grasp, Internet meme version of same). But therein lies the catch-22 of investing: that there is actually not much else to go on lol.

You see, it doesn’t matter if you harvest terabytes of market and sentiment data and run it through abstruse machine learning algorithms or employ the most advanced autoregressive models smart minds have brought to bear on the problem. Ultimately, no amount of computation short of Laplace’s Demon2 can pierce the veil that separates the known past from the unknowable future.

Thus it doesn’t matter if we’re talking about traders who are attempting to divinate directional price trends by utilizing Technical Analysis, investing in things based on their opinions on trajectories or fundamentals, or employing sophisticated mathematical models for doing statistical arbitrage, in a philosophical sense it all amounts to the same thing: placing bets on the future using information, knowledge, and experience to hopefully skew the odds in your favour.

2 footnote to a footnote: Laplace’s Demon is the name of one of my ATS’s.
Laplace obviously stole the name from me.

Where’s all of this going?

I think this will come to one of two ends:

‘WTF were these people thinking.. Oh wait, this was the same society that dressed like this a mere 3 decades prior; and, more recently, thought that Farmville 2 was a good way to spend their free time. Figures.’
However what I think is more likely is that people will look back on the present time and see investing in these “crypto-not-quite-currency” things as being the biggest no-brainer ever.

Sometimes I think about all of those people in the Midwestern United States back in the 19th century, who had millions of gallons of oil beneath their feet in their backyards. Land that they sold for pittance. They made a suboptimal choice and their descendants are not billionaires today.

Just as a hypothetical: if you could peer into the future and discovered that one decade from now Bitcoin was by then one of the world’s staple foreign reserve currencies, would you be surprised? I actually wouldn’t. I mean, I’m not at all saying that it will happen, only that if it did it wouldn’t be the most mind-blowing turn of events ever. There’s a consistent path to that outcome that doesn’t depend on a wide deviation from how things are at present.

I’m tired of reading this now

Fair enough. Maintain a sense of the bigger picture, the bigger market. One day the digitalization of currency (and contracts) will appear so obvious that it will seem almost quaint.

Even my own, more near-term, somewhat saner version of the McAfee bet might well prove to have been a lowball estimate.

View the hype objectively (always) and try to shrewdly assess the magnitude of the paradigm shift we could be at the forefront of —futurology isn’t a science so we can only expect the unexpected. Even if right now we are all basically just standing around with dumb facial expressions on, staring at a big lake.. metaphorically speaking.

Be safe everybody, I hope to see you crazy motherfuckers on the plane.

Reproduced with permission of redditor The_OPs_Mommy

The future of Lightning is loo..