The big four companies, Deloitte, Ernst & Young (EY), PricewaterhouseCoopers (PwC) and KPMG have given their affirmation for blockchain technology in their recent comment and reports. It is speculated that there are going up for some major goals defined for exploring the potential of ledger based technology in the upcoming days.

After much research and tests carried out by the respective firms, they came to realise that there are a lot of benefits attached towards putting the new technology into good use. The companies seem to have redefined their approaches as the new emerging technology is getting rapidly accepted worldwide.

The auditing giants have a combined workforce of over a million individuals in the different departments. They are capable of facilitating efficient research and development to analyze the future of the blockchain industry.

For example, Deloitte the biggest out of the four has an annual revenue generation of about $43.2 billion. The company officials have event stated that blockchain is close to seeing a breakthrough with the technology.

2018 global blockchain survey conducted by Deloitte unveiled that blockchain is more like business model enabler rather than a technology. With the advent of this great news, we hope and expect the blockchain industry to reach an unimaginable height soon. The only problem now is “No one knows how soon this will be”.

Summary Of The First Official .. 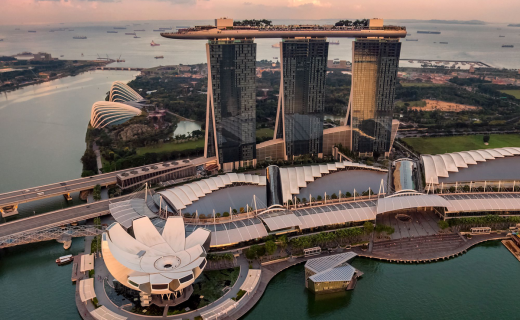