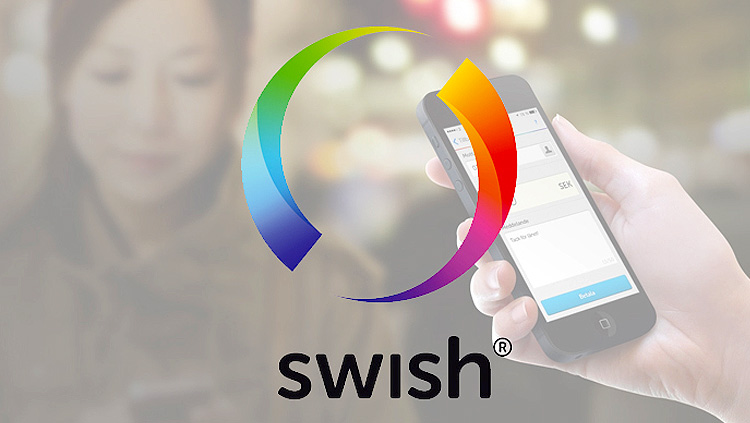 Ever heard of the Swish Payment App? Well, it’s time you should have because it’s causing a consumer spending revolution in Scandinavia and having a large influence in using cryptocurrency for everyday payments. Nowadays, most banks in Sweden no longer handle cash, and Swedes are using phone payment apps like Swish to send and receive payments. Sweden is leading the way when it comes to becoming the world’s first cashless country, and the technology behind Bitcoin and cryptocurrencies is enabling them to move forward rapidly.

Niklas Arvidsson, a researcher in industrial economics and management at the KTH Royal Institute of Technology in Stockholm, published a study in 2015 that predicted his country would be the first to introduce a cashless society.

He said: “Cash is still an important means of payment in many countries’ markets, but that no longer applies here in Sweden.”

Swedes use bank cards three times more often than the average European according to data obtained from Visa. A Riksbank report, published in December 2016, showed that 97 percent of the country has access to cards, compared with 85 percent to cash.

In Cashless Sweden, Church Donations Can Be Made Using The Swish Payment App

The progressive Swedes are on course to achieving this lofty aim, adopting smartphone software like Swish payment app (which has been developed and built by the Swedish banks) to facilitate this, and other Scandinavian nations are following suit. According to reports, 56.3 percent of the country’s 1,600 bank branches i.e., 900 of 1,600 neither hold cash nor accept cash deposits anymore. Circulation of the country’s traditional currency the Swedish krona has been falling for some time. In 2009 the figure was SEK106 billion whereas in 2016 it was just SEK 60billion.

There are many additional benefits to living in a society that does not need to use cash – not least when it comes to personal safety. People are less likely to be robbed, and also thieves will not as easily be able to sell their stolen items.

Indeed, some churches in Sweden have even stopped accepting bills or coins altogether in their collection plate and are trying out Swish payment, raising the religious question: does a digital donation still count as an offering?

Another key factor for this is the rise in popularity of smartphone payment apps, some are owned by six Swedish banks (Danske Bank, Handelsbanken, Länsförsäkringar, Nordea, SEB, and Swedbank). They allow anyone with a smartphone to transfer money from one bank account to another, in real-time. All that is required is the sender and receiver’s phone numbers. 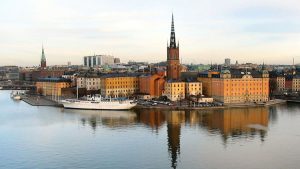 The first smartphone payment app was launched in 2012 and by the end of 2015, it had attracted 3.6 million users, which is more than a third of Sweden’s 9.9 million population. Also, that year some $515 million was transferred using the app. Now even churches have started to reveal their telephone numbers at the end of each service to make it easier for parishioners to make their donations.

This trend has forced Sweden’s central banks to consider introducing a digital form of government-backed money, and the technology behind Bitcoin, the pioneering cryptocurrency launched eight years ago, is being promoted as a leading option.

A major concern about going cashless in Sweden is that it could exclude the ‘unbankables’ – that is people without a bank account – and those who do not own a smartphone. Bitcoin, however, has the ability to solve those problems through technology. Users do not require a bank account, and they can, in effect, spend their money anonymously.

In Sweden, and elsewhere, they have already toyed with ways in which blockchain technology can be used in their public services and it could soon become the system behind the world’s first cashless society in Sweden.