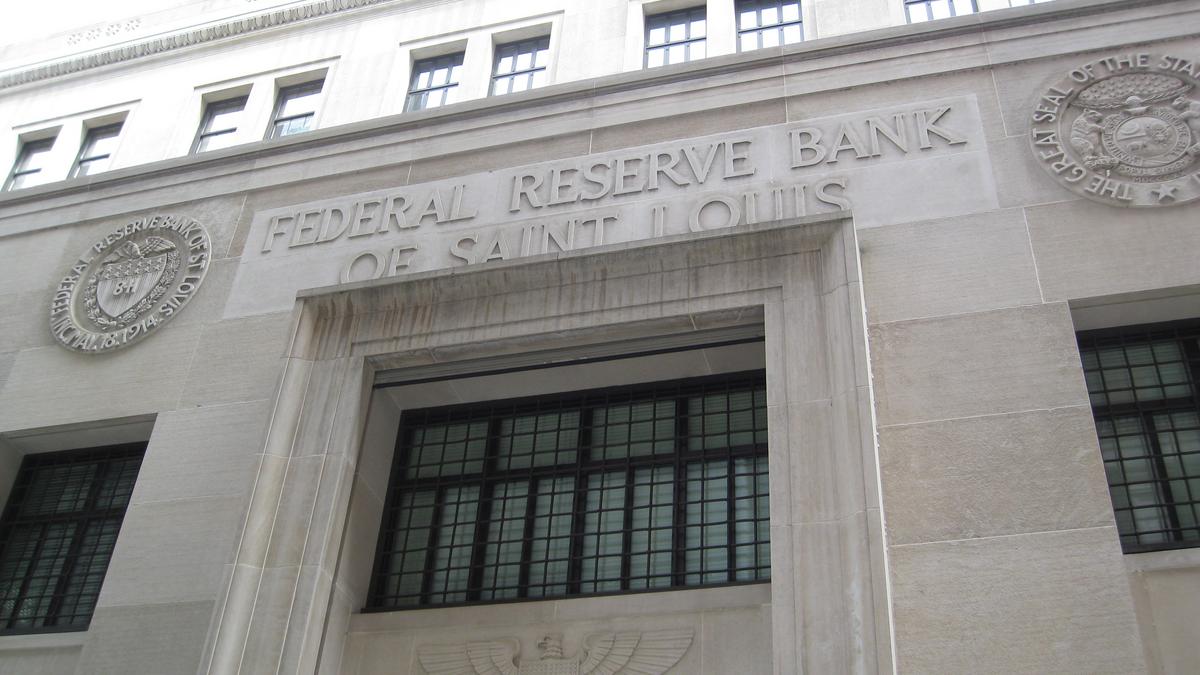 The Federal Reserve Bank of St. Louis recently released an article on Bitcoin and cryptocurrencies. The two authors of the report, Aleksander Berentsen and Fabian Schär explained the basics of Bitcoin and Cryptocurrenices and were surprisingly supportive.

They make the case that cryptoassets are a desirable and important new asset class. They goes as far to say that bitcoin is, in some ways, more robust than many fiat currencies. Furthermore Berentsen and Schär believe that cryptocurrencies are a welcome addition to the fiat currency ecosystem.

It is a common theme among critics of Bitcoin that the price should drop to zero because there is no intrinsic value to be found in the cryptoasset, but the co-authors of the article from the St. Louis Fed point out that this argument also applies to the various government-issued currencies around the world.

To quote from the article:

The two authors also cover the possibility of Bitcoin’s consensus rules eventually being changed to allow for an increase in the supply of bitcoin tokens. They take the view that this scenario is very unlikely to unfold. They go on to point out that this sort of change in monetary policy is much more likely in a fiat currency protocol.

In addition to offering some basic information on the topic of cryptoassets, the article from the Federal Reserve Bank of St. Louis also provides a general outlook on the future of blockchain technology.

The article goes on to state that most apparent application of this technology right now is the use of bitcoin as a new type of asset. The duo see cryptoassets, such as bitcoin, emerging as their own asset class and having the potential to develop into an interesting instrument for investment and diversification.

The article goes on to say:

“Bitcoin itself could over time assume a similar role as gold,”

The paper also covers applications of blockchain technology in the areas of colored coins, smart contracts and data integrity. The Ethereum network is specifically pointed out as a leader in the area of smart contracts.

The article from Berentsen and Schär also covers some of the risks associated with cryptoassets.

Minority splits from major cryptoasset networks, such as Bitcoin Cash (Bcash) and Ethereum Classic, are the first risk pointed out in the article, but the downsides of these sorts of spin-off assets are not discussed. Even crypto enthusiasts argue that these sorts of minority forks create uncertainty around the value of a particular cryptoasset.

Berentsen and Schär do not necessarily agree that proof-of-work mining is wasteful, but they do go on to say that excessive power consumption as another potential risk of blockchain technology.

“There are those that criticize Bitcoin and assert that a centralized accounting system is more efficient because consensus can be attained without the allocation of massive amounts of computational power. From our perspective, however, the situation is not so clear-cut. Centralized payment systems are also expensive. Besides infrastructure and operating costs, one would have to calculate the explicit and implicit costs of a central bank. Salary costs should be counted among the explicit costs and the possibility of fraud in the currency monopoly among the implicit costs.”

The last risk associated with blockchain technology found in the article is bitcoin’s price volatility. The authors claim that a rigid, predetermined supply of bitcoin is not a desirable monetary policy in the sense that it will not lead to a stable currency.

“If a constant supply of money meets a fluctuating aggregate demand, the result is fluctuating prices. In government-run fiat currency systems, the central bank aims to adjust the money supply in response to changes in aggregate demand for money in order to stabilize the price level. In particular, the Federal Reserve System has been explicitly founded ‘to provide an elastic currency’ to mitigate the price fluctuations that arise from changes in the aggregate demand for the U.S. dollar. Since such a mechanism is absent in the current Bitcoin protocol, it is very likely that the Bitcoin unit will display much higher short-term price fluctuations than many government-run fiat currency units.”