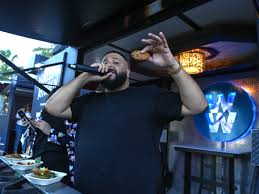 On Tuesday,  the founders of a high-grossing ICO were charged for defrauding investors in the course of operating Centra Tech, their cryptocurrency company. According to SEC the creators raised $32 million from investors with an intricate marketing campaign, including the use of paid endorsements from prominent celebrities like Floyd Mayweather and DJ Khaled.

Co-director of the SEC’s Division of Enforcement, Stephanie Avakian, stated that:
“We allege that Centra Tech sold investors on the promise of new digital technologies by using a sophisticated marketing campaign to spin a web of lies about their supposed partnerships with legitimate businesses. As the complaint alleges, these and other claims were simply false.”

Sohrab Sharma and Robert Farkas. Centra Tech’s co-founders also claimed that they were partners with Visa and MasterCard and would create a debit card that allowed users to immediately spend or covert their Centra tokens to legal tender—a partnership that did not exist.

Thousands of investors are reported to be affected by the alleged fraud. Centra Tech was 1st hit with a class action lawsuit in December. Brand Ambassadors for Centra Tech, Mayweather and DJ Khaled weren’t named in the suit although both were named “official brand ambassadors and managing partners” at the firm. Since questions were raised about Centra Tech, Mayweather has deleted some posts in connection to the ICO.

SEC warned celebrities that they could be violating securities law by promoting any ICO without disclosing the nature and amount of their compensation.

“A failure to disclose this information is a violation of the anti-touting provisions of the federal securities laws,”

This came after several prominent celebrities began promoting less well-known ICOs in 2017. Mayweather has also promoted the Hubii Network and Stox ICOs, neither of which seemed to have much more than a website and plan to launch before their coin offerings. Paris Hilton also promoted the Lydian Coin.

Centra Tech was reported to have raised $32 million at the time of the coin offer, but upon arresting the three suspects the Federal Bureau of Investigation (FBI) seized 91,000 ether, which is now worth about $67 million.

The 3 Centra Tech Founders have been individually charged in a 4-count indictment for conspiracy to commit securities fraud, conspiracy to commit wire fraud, securities fraud, and wire fraud. The first count carries a maximum sentence of five years in prison, while the latter 3 each carries a maximum prison sentence of 20 years. They will also likely face financial penalties. SEC has also separately filed civil charges against Sharma, Trapani, and Farkas for their roles in the scheme.