Robinhood Adds Alaska and Oklahoma To The List Of U.S. State...

Robinhood Adds Alaska and Oklahoma To The List Of U.S. States Using The App 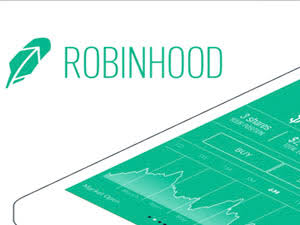 In a recent post on Twitter, Robinhood reveals that it has extended its services to two U.S. States, Oklahoma and Alaska respectively. Therefore, the residents of these U.S. States will now have access to the app and will be able to trade BitcoinCash, dogecoin, ethereum, ethereum classic, and litecoin on its platform.

Alaska, thanks for bearing with us, you can now trade Bitcoin and other cryptocurrencies, commission free.

This post came some days after same was announced for Oklahoma. With this new development, one can say that the firm is gradually achieving its major aim which is ‘mass adoption in the U.S’, as it has currently covered almost half of the states in U.S.

This firm jumped into crypto earlier this year, following the announcement from blockbuster. Ever since then, it has seen an unbelievable growth. When it first started, only residents from 5 states in the U.S could make use of the app. But today, the firm is proud to say that they have covered nearly half the states in USA.

Now you have to tell us what you think about this company right here in the comment box. Do you think Robinhood will eventually expand into all 50 US states before the year runs out?

BitGo's Next Plan Is To Secure..